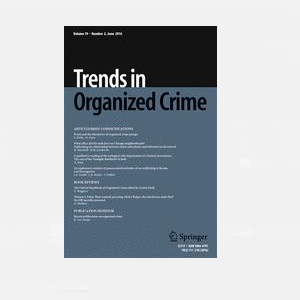 Violent disorder in Ciudad Juarez: a spatial analysis of homicide

This article considers the extent to which specific demographic and socioeconomic factors correlate with homicidal violence in the context of Mexico’s “war” on organized crime. We draw on Ciudad Juarez as a case study and social disorganization theory as an organizing framework. Social disorganization is expected to generate higher levels of homicidal violence. And while the evidence reveals several social disorganization factors associated with homicidal violence in Ciudad Juarez, not all relationships appear as predicted by the theory. Drawing on public census and crime data, our statistical assessment detects six significant variables (or risk factors) positively associated with homicidal violence in Ciudad Juarez between 2009 and 2010. Likewise, the assessment finds another six specific variables (or protective factors) that are negatively associated with above average homicide in the city between 2009 and 2010. The featured data and level of analysis do not conclusively demonstrate causation, nor was this the intent. Rather, we propose a baseline model for testing spatial-temporal dynamics of organized violence in multiple settings.

By Carlos Vilalta and Robert Muggah