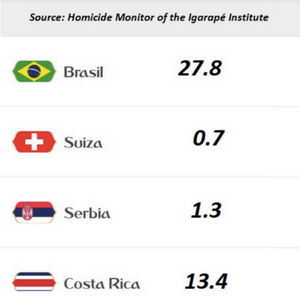 The World Cup in homicide rates 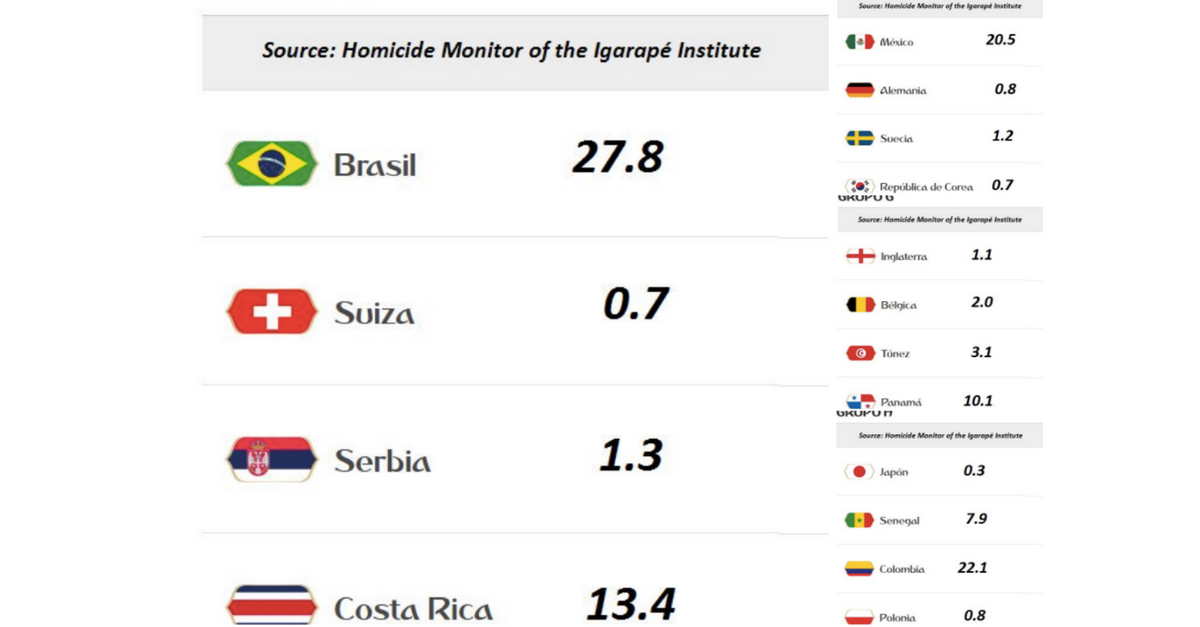 The World Cup is the apogee of sporting events. An while many fans were glued to their screens in June and July, not everyone was focused solely on the football. One Guatemalan economist took a different approach. Carlos Mendoza, founder of Project Dialogos and Central American Business Intelligence (CABI), used Igarapé’s Homicide Monitor to build a ‘Cup of Homicide Rates,’ comparing the murder rates of all participating teams.

Not only was Brazil ranked as the world’s number one team before the event, it also was the sad winner of the murder sweepstakes. Brazil was 5 points ahead of Colombia, who placed second in Mendoza’s table. Meanwhile, the surprise team Iceland was the country registering the lowest murder rate. World Cup 2018 winner, France, and host, Russia, had 1.5 and 7.1 points respectively.

The Cup of Homicide Rates was a sad reminder of the challenges facing Latin America’s fragile states and cities. Not only did the struggle during the World Cup, but they are at the lowest ranks of the murder rankings occupying the top five spots. As a recent special edition of America’s Quarterly suggests – Enough!