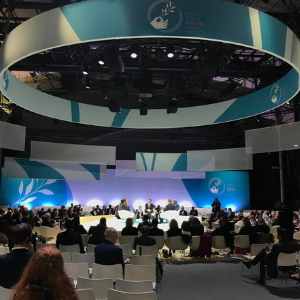 Talking about conflict prevention at the Paris Peace Forum 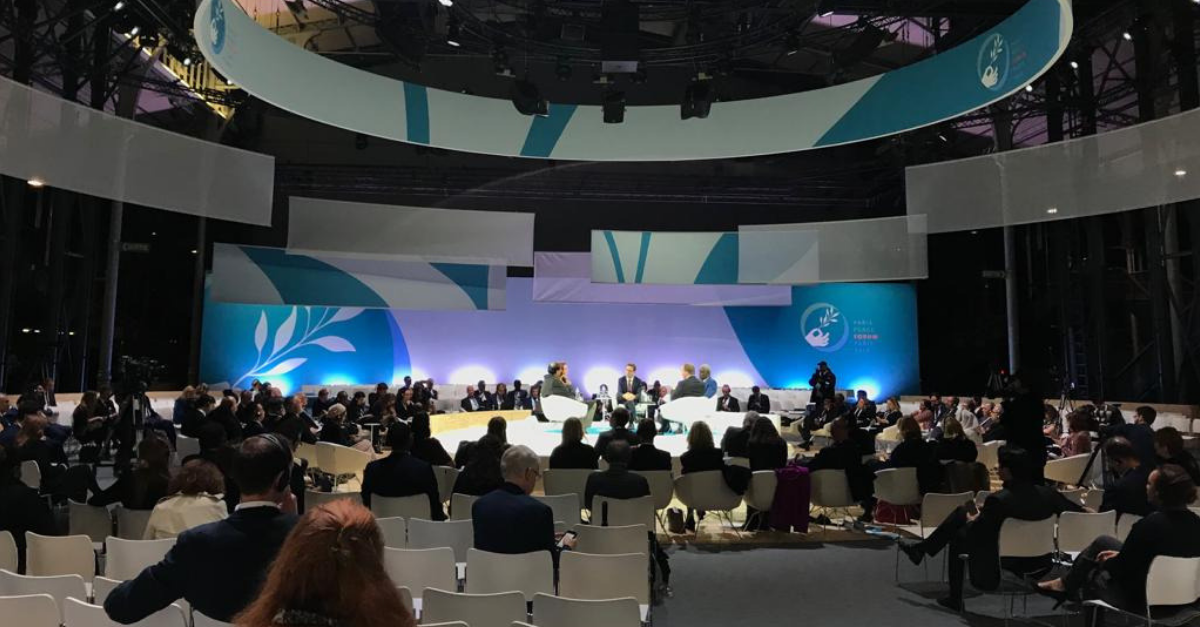 Igarapé Institute was invited to present its latest work on conflict prevention at the Paris Peace Forum from 11-13 November. The Institute was selected from thousands of potential participants to feature its Innovation on Conflict Prevention (ICP) project. The event assembled more than 60 heads of state, including Emmanuel Macron, Angela Merkel, Vladimir Putin and Justin Trudeau. The event was unprecedented for France, and offered an important boost to multilateral engagement in building peace in a turbulent era.

Igarapé Institute researchers Adriana Abdenur, Maiara Folly, and Giovanna Kuele, represented the Igarapé Institute. They displayed the ICP project dashboard – a new tool that maps innovations across Africa. Hundreds of participants passed by the Igarapé Institute stand throughout the event in addition to engaging in debate, conversation, and speeches. According to Adriana,  “there is considerable evidence that it is cheaper to prevent rather than mitigate conflicts, but how can we operationalize prevention?” The ICP project offers some possible concrete responses.