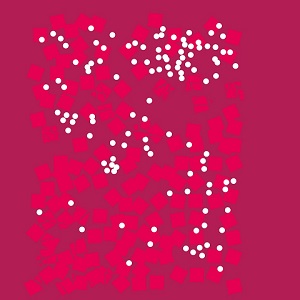 Signs From The South

“From where I sit here in Latin America, I think this continent is a harbinger of what’s to come in Africa and Asia. It has come out of an era of autocratic governance, is going through its third wave of democratic reform, and is completing its urban transition with a population that’s well over 75% metropolitan. But it still experiences acute forms of inequality and has some of the highest rates of violence on the planet — regionally it’s one of the most murderous parts of the world. It’s heterogenous and diverse, but one in three people dying in the world today comes from one of five countries — Brazil, Colombia, Mexico, Venezuela and Honduras — and most of that violence is taking place in the megacities.”

Robert Muggah claims to be optimistic about the future of megacities, but the more he talks the more he returns to themes of instability, inequality, violence and natural disaster. These subjects are his speciality; he’s spent the last two decades researching violence prevention in the global south, advising the most fragile cities in the world how to combat the causes of violent crime.

“I came to this issue of the city with a single question: how do certain cities in the global south literally keep the lights running? How do they manage basic infrastructure around mobility and traffic lights? How do they sustain various forms of water and hygiene, which are the bedrock of urban living? How do they enforce property rights and tenure claims? How does a city like Kinshasa in the Congo manage to service even a portion of its population?”

Understanding the machinations of existing megacities and learning from both their successes and shortcomings is, Muggah believes, the best way to ensure the stability of their future.

Over the next 30 years, the majority of population growth is predicted to occur in low income urban areas — slums, shanty towns and favelas.This is a fact that needs to be recognised, understood and prepared for. While there is great potential in that growth there are certain negative characteristics of many megacities, particularly those growing at speed, that may not facilitate this kind of empowerment.

“I’m very concerned about the way some cities are falling rapidly behind,” says Muggah. “They’re unable to unlock their promise of global networks of nance, commodities and migration, and are in fact being contained or cordoned off. I fear that given the sheer dominance of the contribution of these cities and their populations, both locally and within their countries, if they stumble and fall they risk taking down the rest of the state and possibly other parts of the region with them.

“A place like Karachi that has grown by almost 80% in the past decade-and- a-half is an extraordinary example of just how quickly things can move, and the consequent levels of risk to security are huge. Karachi represents something like three-quarters of Pakistan’s GDP, which is deeply significant.”

Muggah’s second concern for the future of megacities is geographical. A large number are located in coastal regions, with two thirds of the world’s population living near an ocean coast or river bank. A large percentage of the urban poor are pushed off into these marginal areas, leaving them susceptible to a multitude of environmental factors. A city like Dhaka, surrounded by the Meghna and Buriganga rivers, is likely to lose about 17–20% of its land mass by 2050, which will result in tens of millions of people being rapidly displaced. Additional factors brought about by climate change make that threat more severe: megacities are especially vulnerable to drought, ood and extreme temperature changes, issues that will only be exacerbated as time progresses.

“The third factor, and the one I’ve spent the most time thinking about, are black spots that exist within larger, fast-growing megacities, where governments lack the ability or will to exert a minimal level of control. These ungoverned areas create hybrid systems of governance or simply lack any state influence at all. They are increasingly common, and some suggest they’re now the dominant form of urban existence.You can see similar issues occurring in places like Baltimore, Detroit and LA, but the effects are much more grave in the developing world, not least because of the inability of the state to tax.”

This is perhaps Muggah’s biggest concern, and one that most affects his prognosis for the future. Without fair and stable governance, the task of creating meaningful change seems unachievable. As a result, he remains unconvinced by some of the solutions proffered to deal with large-scale urban problems — smart cities for example.
“Rare are the cases where we see real, meaningful change for the majority of the population.”

“I’m skeptical about smart cities. They’re in vogue right now and in some cases are being fetishised. There are some really impressive innovations happening in a small number of cities in Scandinavia, parts of Spain, the Middle East and Korea, but I think it’s a movement being driven by an excited group of multi-national companies who are rapidly investing in the idea.

“The rst thing I’d say about smart cities is that it’s not entirely clear what they are. There are nebulous ideas about networks, wearable technology, big data and remote sensing, but they’ve still not been properly de ned. I think a lot of cities are seeking to be smart and to adopt technologies without having a plan for their endgame. What’s interesting in the north is that the evolution of smart cities has been accompanied with more of a humanist idea about trying to enhance the interaction between the state and citizens to improve governance, and finding ways of linking citizens digitally to the overall workings of the city.”

In the global south however, governments are anything but humanist, and the notion of a more collaborative relationship between citizens and state seems far-fetched. Techno cities appearing outside Nairobi, Dar Es Salaam, Kinshasa and Lagos have been created separate from the main city in an attempt to reconstruct a kind of silicon valley in the wilderness.

“They’re not designed to enhance or improve the quality of governance or services, they’re driven by the aspirations of a minority and the interests of multinationals and I fear this is not the right direction for many of the cities of the south.”

It would be easy for the megacities of the future to become preoccupied with technological integration, to prioritise hardware and software over the very pressing needs of the poor — the former is certainly more nancially rewarding. But unless the gap between the haves and the have-nots is bridged then megacities of the future threaten to become a dystopian nightmare of extraordinary inequality.

Though Muggah is keen to promote a dialogue between government and vulnerable citizens to ensure this doesn’t happen, he readily admits that progression in the developing world will be a grave and challenging task.

“I’m not typically cast as a pessimist, but rare are the cases where we see real, meaningful change and rising standards of living for the majority of the population.”