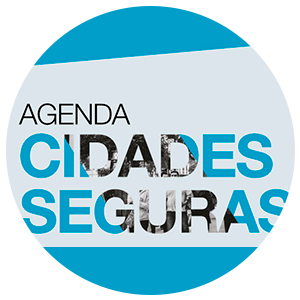 In the lead-up to the 2020 municipal elections, the Igarape Institute provided candidates and city councils with detailed information on data-driven and evidence-based approaches to preventing violence. A key vehicle for this was the Institute’s “Safe Cities Agenda”. The agenda features a host of strategies (based on what works) that were broadcast widely to the public, including via videos produced in partnership with O Globo. The Institute also helped launched a global movement to halve violence by 2030 involving over 1,500 cities around the world.

Brazil’s 2020 municipal elections were held against a backdrop of a brutal health, political and economic crisis. The Institute has launched agendas for public security during previous election cycles in order to help candidates better understand and prioritize smart violence prevention. The Institute launched the Safe Cities Agenda in order to trigger a virtual debate about the role of cities in public security.

To reach a wider public audience, the Institute partnered with O Globo to produce a series of four videos reviewing, among other things, the role of architecture and urbanism in creating safety, the importance of mayors in setting public security agendas, the function of municipal guards. The topics were addressed in a virtual debate among leading thinkers on Globo, Brazil’s national media outlet.

The Institute also supported a Pact for Fair Cities, an initiative designed to stimulate urban development on the basis of a new compact between the government and civil society. Likewise, the Institute published the Municipal Agenda for Penal Policies to focus on the development of more effective and efficient criminal justice policies at the metropolitan scale.

What is more, the Institute was also involved in helping drive a global campaign to halve violence by 2030. This included partnerships with the Global Parliament of Mayors, Peace in Our Cities, and the Center for International Cooperation. The initiative generated buy-in from 60 cities and networks representing another 1,500 around the world. The campaign represents the largest ever city-led coalition to prevent and reduce violence in the world.

The Institute likewise published a series of articles on cities and COVID-19. Articles were published in The Conversation, Foreign Policy, by NPR, the OECD, in the World Economic Forum and the World Bank. The latter shared on the World Bank and World Bank Africa’s Twitter account for 3.4 million and 500,000 people, respectively. A range of talks given by Igarape Institute personnel reached tens of thousands of live listeners.
.