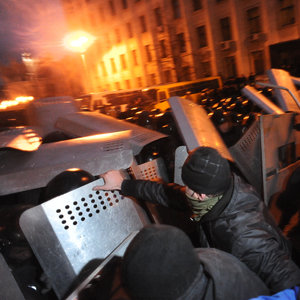 Revisiting the world’s most violent cities 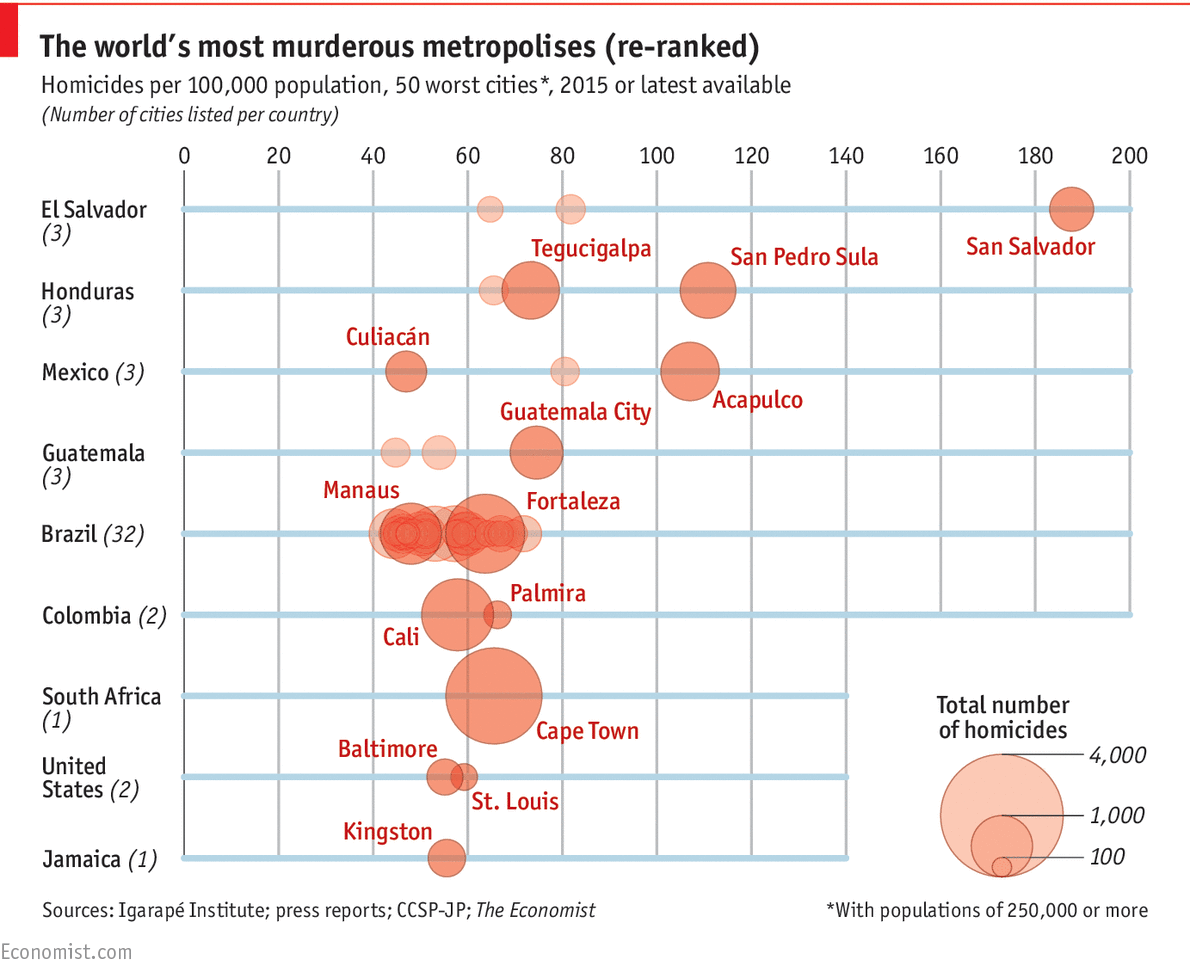 The thorny task of comparing crime rates across the world is tricky because legal interpretations vary. Sweden’s definition of rape is not the same as America’s, for example. Murder however should be easier to record because there is an identifiable victim, something that can be counted. But the way in which this is done in poorer, often more corrupt countries makes truly comparable statistics hard to pin down. Where there are inefficient public health systems or police, it is even harder. It is in such places that best estimates must be made—Venezuela is a case in point. We recently reported the latest annual ranking of 2015’s most violent cities in the world (excluding war zones) by CCSP-JP, a Mexican NGO. The report placed Caracas, Venezuela’s capital, at the top of a list of 50 cities (with populations of at least 300,000) with the highest homicide rates.

Crime statistics in Venezuela have not been officially measured since 2009 however, and are underreported according to experts. Where no official figures exist, CCSP-JP is transparent in its methodology: for Caracas it counted bodies from the city morgue (which covers a larger area than the city itself) between January and August, discounted a percentage attributed to accidental deaths, and extrapolated an amount for the full year to get a rate of 120 homicides per 100,000 people. The approach is obviously open to error and several groups have challenged some of CCSP-JP’s findings. One, the Igarapé Institute—a Brazilian think-tank on security and violence—compiles statistics on murder rates in countries and on more than 2,100 cities with populations of 250,000 or more, compared with the CCSP-JP’s ‘hundreds’. Their data are only gathered from primary sources such as government, police or vital registration data, and from recognised sources such as the UN’s Office on Drugs and Crime. In the above chart we present an alternative ranking which includes Igarapé’s findings using figures no older than 2013.

The biggest differences between the two datasets concern Venezuela and El Salvador. Venezuelan data are considered too unreliable and the country is excluded entirely from Igarapé’s list. Instead El Salvador’s capital San Salvador tops their city ranking, with 188 murders per 100,000 people compared with the CCSP’s figure of 108. What is clear from both is that El Salvador is suffering an enormous increase in lawlessness since the government ended a truce with drugs gangs last year (Robert Muggah, research director of the Institute, observes that the country’s smaller cities have murder rates that are more than twice as high). The other main difference between the rankings is the number of Brazilian cities: 32 feature here compared with an already substantial 22 in our previous chart. More than 10% of all the world’s homicides are in Brazil, and although the rate has fallen in its largest cities it has started increasing in smaller ones. The violence is borne by its poorer black population: between 2000 and 2014 the murder rate of whites has fallen by 14% but risen by 18% among black people. Murders of women have also increased by 12%. The problem is likely to grow as the economy falters and young men are unable to get jobs.

The broad picture in the rankings is roughly similar, however. Latin American and Caribbean countries suffer disproportionately compared with elsewhere, mainly because of inequality, poor rule of law, impunity and corrupt institutions that are infiltrated by drug cartels. Only two countries outside the region feature on either chart, South Africa and the United States (the list’s only rich-world country). Two US cities*—St Louis and Baltimore—appear on the latest ranking compared with four previously. The good news is that there has been a general decline in violence across the world everywhere except in Latin America. And even within the region, many of the worst cities in Mexico and Colombia are not as bad as they once were. Yet that is cold comfort to the residents of El Salvador, Honduras and Venezuela.

*These are not from Igarapé’s official data, instead a rate calculated from police department-homicide figures to reflect a widely reported 2015 spike in those cities.

Published in 30 March 2016
The Economist