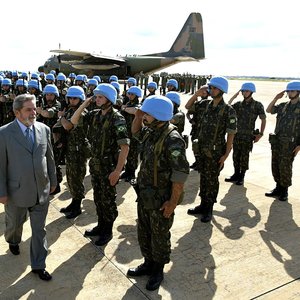 Promoting Peace in the Post-2015 Framework: The Role of Rising Powers

The international consultations underway to set out a new development framework post-2015 present an opportunity to reassess and refresh policy approaches to conflict- affected states. For this to be effective, rising powers, such as China, India, and Brazil, must be involved in and contribute to the debate. There is now a real opportunity to develop a legitimate global framework for conflict-affected states, traditional donors, rising powers, and others to agree on a set of genuinely shared goals and indicators that can guide their engagement and facilitate greater cooperation, coordination, and coherence.