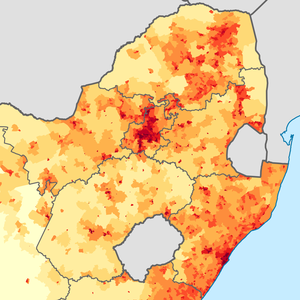 Rio de Janeiro Public Security can now rely on a new criminal analysis tool. Based on the identification of criminal hotspots, ISPGEO will begin to be used during the Olympic Games.

Administered by the Institute of Public Security (ISP), the platform was acquired with resources donated by private sector businessmen in partnership with the Igarapé Institute, and will allow the administrators of Public Security to visualize areas with a high concentration of crimes over the entire territory of the state of Rio de Janeiro.

“The tool will enhance the capacity of a technical management approach towards public security. Both I and the partners of this initiative believe in the importance of the production of quality information in order to inform public policy,” says Ilona Szabó, executive director of the Igarapé Institute.

Considered one of the world’s most effective crime reduction policies, criminal analysis by means of criminal hotspots is a technological solution that allows for the visualization of the exact date and locale in which each crime occurs, represented by graphic visuals. In order to integrate various databases in one single map, ISPGEO enables the identification of the type of crime, day of the week, and time range in which a determined crime is most common in each region. The intention is to facilitate the more agile and effective planning of police resources and a greater capacity for prevention.

“The occurrence of crimes is very concentrated in time and space. And, in general, the same people commit the majority of crimes. These could be indicators of a future homicide which could be prevented,” explains Florencia Robalinho, researcher at Igarapé.

Initially, the tool will be supplied with the Civil Police database of the registry of occurrences, which will also include a new system of maps to create a register of occurrences by citizens at police stations. The measure will significantly augment the level of plotting (transformation of data into images) of offenses on criminal incidence maps in the state of Rio de Janeiro.

Over the coming months, the registry system of the 190 service of the Military Police and that of “Disque-Denúncia” will be integrated, as well as other databases relevant to police application. The tool will also include a public interface to access criminal data in the state of Rio de Janeiro.

ISPGEO was made possible thanks to a partnership between the first, second, and third sectors: the technology was donated to the Rio de Janeiro State Secretary of Security by a group of private sector businessmen through a partnership with the Igarapé Institute, which carried out a diagnostic to identify priority projects with a high potential for transformation and modernization of Rio public security. ISPGEO was the first chosen from a list of 14 identified projects.