New visualization forecasts the future risks to the world’s cities

The world´s nation states are increasingly struggling to ensure stability and prosperity. International institutions such as the United Nations are failing to prevent conflict and terrorism to climate change. Cities, however, are stepping-up, and playing an increasingly important role in shaping global affairs.

While we know a fair bit about nation states, we know comparatively little about most of the world´s cities. This is all the more remarkable considering that two thirds of the global population will reside in a city by 2030.  Yet it is cities that will shape the future trajectories of peace and security in the twenty first century.

The Igarapé Institute – a think and do tank – is launching Fragile Cities, a new data visualization to fill this knowledge gap a the World Economic Forum summit in Davos from 17-19 January. Developed in partnership with the UN University, XSeer, 100 Resilient Cities and the World Economic Forum, the platform displays key risks facing more than 2,100 cities (with populations of 250,000 or more) around the world.

Urban fragility is not evenly distributed, but rather concentrated in a few regions. The most fragile cities are clustered in the Middle East and North Africa, West Africa, Central Africa and Central and South Asia. Cities in Syria, Iraq, Yemen, Libya, Somalia, Sudan, Nigeria, Afghanistan, Pakistan, Bangladesh and the Philippines are especially at risk. There are also warning signs in some parts of Central America, the Caribbean and China.
There are also pockets of cities that report very low fragility scores. “The good news is that city fragility is not permanent”, adds Muggah. Most Australian, Canadian, Finnish, Norwegian, Swiss and Japanese cities report low levels of urban fragility. There are also examples of remarkable improvements, including in Colombia, Ethiopia, and Rwanda. 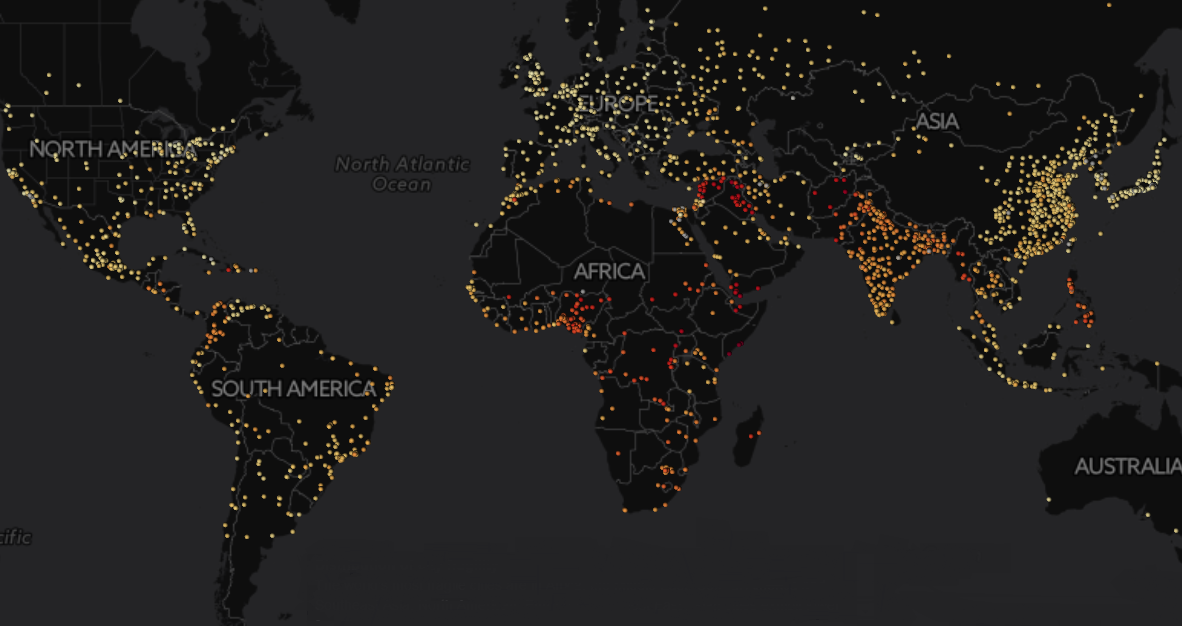 Cities face many challenges in the years ahead. To overcome these threats, mayors and civic leaders will need to be more informed and prepared than ever. The fragile cities data visualization is intended to give elected officials, planners, investors and activists information on urban risks. Obviously such tools are just a start, but it is hoped that they can help leaders navigate the coming storm.
The Igarapé Institute is launching the platform in three separate events at Davos. There are already 50 heads of state and over 3,000 participants confirmed for the January conference.  An earlier version of the platform was presented in late 2016 in The Hague, Quito, San Francisco, Stockholm and Tokyo. “This new data visualization is the first ever public tool with comprehensive city data. We hope it will inspire a new way of thinking about managing city fragility and resilience” concludes Muggah.