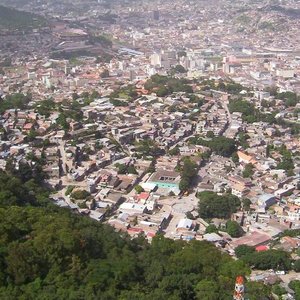 A Brazilian think tank has released a macabre interactive map, which exposes the nations where people are most likely to be murdered – with Latin American nations coming top.

The Homicide Map, compiled using the most recently available date from 2012, lays bare how a third of the world’s 450,000 murders were against victims in Central America, South America and the Caribbean, despite the fact that less than a tenth of the world’s population lives in this region.

And when specific nations are considered, El Salvador, Venezuela and Brazil are the places where murders are most common,  according to the map by the Igarapé think tank.

This means a person is 25 times more likely to be murdered in Brazil than in the UK.Robert Muggah, the founder of the think tank, explained in a report on the Igarapé website that violence tends to be highly concentrated, meaning victims are most likely to be young, black or mixed race men who live in poor communities.

In these area, quick expansion is compounded by poor regulation, and an apparent lack of interest from local authorities.

The comprehensive interactive map, which draws on information from the UN and statistics from respective governments, confronts users tragic data on murders by country, year, age of victim, gender, and the type of weapon used.

Igarapé hopes policymakers and researchers can use the tool to tackle the startling figures. It concludes that high murder rates can be tackled by involving local communities in decision making, and the deploying  large numbers of officers in areas with high murder rates.