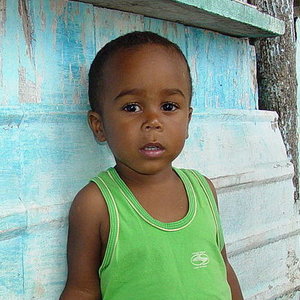 Mega events such as the Olympic Games and World Cup always leave mixed legacies. On the one side are new infrastructure, transport services and a powerful, if short-term, feel-good factor. On the other are corruption, evictions and cost over-runs that leave a generation indebted. Virtually all Olympics since the 1960s have exceeded their projected budgets by a significant margin. Brazil is hardly the exception.

In addition to costing more than expected, Brazilian mega events are credited with a ratcheting-up of human rights violations, especially those involving young children. The 2014 World Cup, for example, was associated with an increase in police violence, forced displacement, sexual exploitation, and child labor. The number of violations reported against children to the national emergency hotline number (Dial 100) surged by 17% in the 12 cities when compared to 2013 rates.

The 2016 Olympics have also witnessed a sharp increase in violence against children. In spite of major campaigns to protect childrenlaunched by UNICEF and others, an estimated 20,000 families were displaced in the lead-up to the Games, many of them young children. Clearances of street kids were also widely registered, including by the UN´s Office for Human Rights. More positively, apps have emerged to help report on violence against children, including Proteja Brazil.

Brazil´s children can use all the protection they can get. Close to 60,000 people were murdered in the country last year, most of them adolescents and children. Every day, roughly 28 young people are killed in the country – the majority of them are young black boys. Today, homicide is the number one cause of death among males between 10 and 19. And there are other types of violence that routinely go unnoticed, including sexual violence, physical abuse, and bullying.

In Brazil such violence is tolerated and considered “normal”. One reason for this is because it is so common that it´s become banal. Another is that there is very little reliable data and analysis about how young Brazilians perceive their security environment. National censuses and crime surveys often suffer from data limitations on these issues. Gathering information on violence against children is, to be fair, logistically and ethically tricky work.

In order to help bridge these knowledge gaps, the Igarapé Institute developed the Child Security Index (CSI), a mobile-based app that records the experience of adolescents and children in low-income settings. With support from Bernard van Lear Foundation, Google Brasil, Oi Futuro and World Vision, the CSI has been tested in 14 cities in Brazil, including Rio de Janeiro, Recife and Sao Paulo.

The CSI was designed to expose the scale and causes of insecurity facing children, especially those living in low-income settings. It was launched with the intention of giving voice to children to better explain how they experience violence in their day to day lives. By improving our collective understanding the dimensions of the issue, it is easier to prioritize policies, programs and measure impacts.

The Igarapé Institute also launched a campaign in August and September 2016 – coinciding with the Olympics – to trigger debate on the challenges of violence against children. Using the hashtag #MakingChildrenSafer, the Institute is encouraging technology-enabled approaches to diagnosing and responding to violence against children. Networks supported by the Know Violence in Childhood Initiative, the Global Partnership to End Violence Against Children and the Violence Prevention Alliance are also spreading the word.

The CSI can be used as an advocacy tool to build awareness, but also as an operational platform to measure results. For example, the Igarapé Institute has helped our partners use the CSI to measure the impacts of their education programs. The Institute has other partners who intend to use the CSI to measure whether their community development programs are improve the sense of security among children. It is a powerful tool to track change, while also empowering children to speak out.It is time to raise the bar when it comes to understanding and responding to the security and safety needs of children. At Igarapé Institute, the emphasis is not just on provoking new thinking, but also “doing” – that is, taking action. The Institute incubated a new technology, but could not have done this without support from partners across Brazil and internationally.