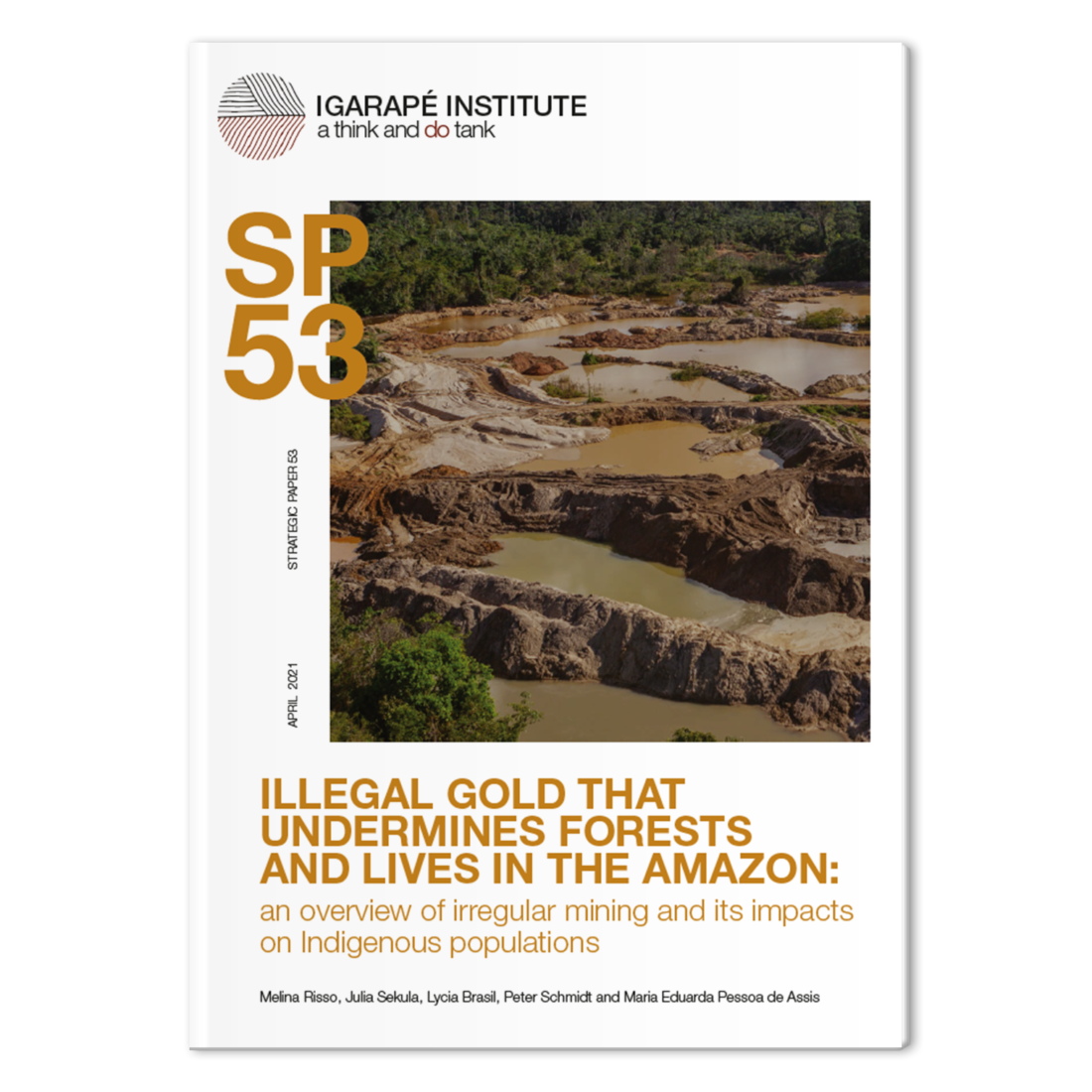 Illegal Gold That Undermines Forests and Lives in the Amazon: An Overview of Irregular Mining and its Impacts on Indigenous Populations 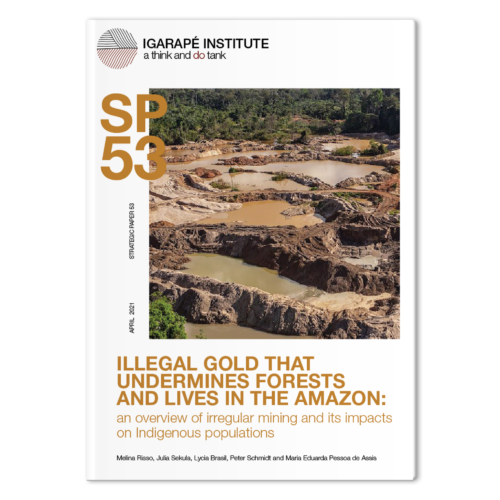 This devastation has a price — according to Brazil’s Federal Public Prosecutors Office, 1kg of gold represents roughly R$1.7m in environmental damages, culminating in an environmental cost roughly 10 times greater than the current price of gold.

The Amazon is nearing its critical ‘tipping point’, beyond which both the Amazon biome and our global climate will suffer irreversible damages. As such, discussions on illegal mining in the Brazilian Amazon present two interrelated challenges: combating deforestation and protecting the distinct cultures of indigenous populations, who constitute the forests’ principal environmental defenders.

Considering the urgency of the discussion, the Igarapé Institute launches the publication Illegal Gold That Undermines Forests and Lives in the Amazon: An Overview of Irregular Mining and its Impacts on Indigenous Populations. The article presents urgent recommendations, in the short and long term, to avoid an irreversible climatic collapse, in which the preservation of the Amazon rainforest plays a fundamental role.