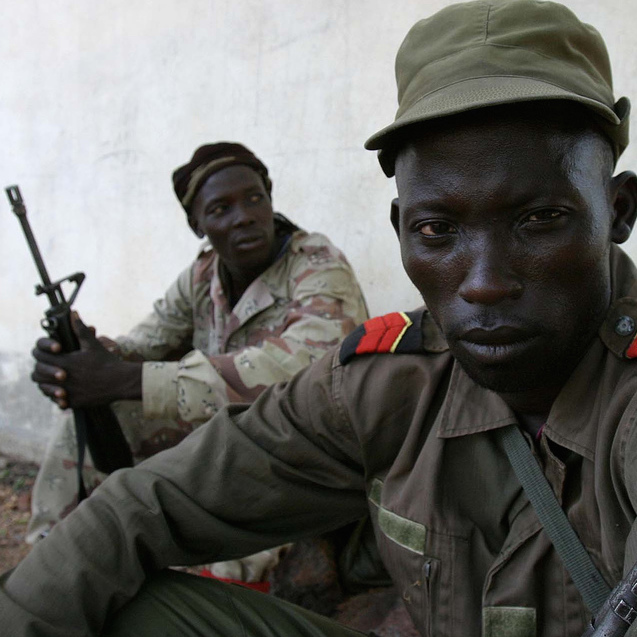 Glimmer of Hope in the Central African Republic (CAR)? 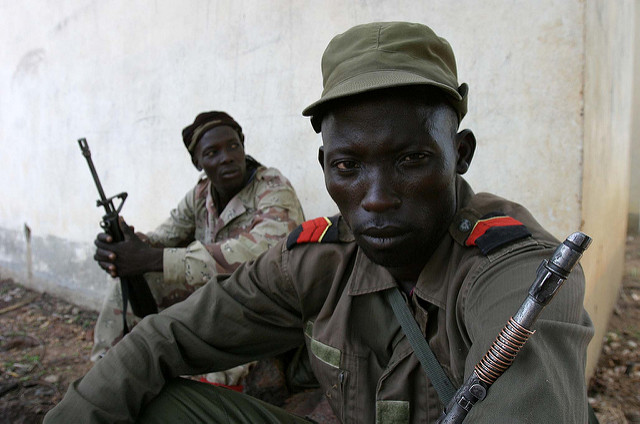 Half of the 4.7 million people in the Central African Republic (CAR) currently depend on humanitarian assistance for basic needs, and a full one-fourth of the population has been forcibly displaced. Armed conflict has combined with chronic underdevelopment and extremely low state capacity to produce these dire outcomes. In the past few years, violence has spiraled out of control in parts of the country despite the presence of a peacekeeping mission. The United Nations Multidimensional Integrated Stabilization Mission in CAR (MINUSCA) has had some local successes in the Protection of Civilians (PoC) since the mission was established in 2014. However, stakeholders—including MINUSCA and the national government—still face considerable challenges in stemming violence and supporting sustaining peace in CAR. Given this scenario, are there any signs of positive change?

At first glance, the situation may seem hopeless—and is often portrayed as such by the mainstream media. The crisis in this landlocked country features not only open armed conflict between illegal armed groups, but also widespread killing of civilians, potential genocide, and attacks against humanitarian organizations (as well as the UN itself). Alarm bells were raised internationally around 2013, when a coalition of armed and predominantly Muslim groups called Seleka (meaning alliance in the native language Sango) overthrew the government in Bangui and began violent attacks against civilians. The mostly Christian militias that arose in response—known as the anti-Balaka—launched retaliatory attacks against the Seleka and, by association, Muslim populations. Although the Seleka was formally disbanded soon afterwards, splinter groups have continued to spread violence even as they disintegrate and reconfigure, making the landscape of violence in CAR far more complex.

Many popular accounts portray the ongoing situation in RCA as stemming from sectarian hostilities between Christian majority and Muslim minority. However, this dichotomy represents a gross oversimplification of both the root causes and the dynamics of violence in CAR. The country, in fact, has a long trajectory of violence that far precedes the formation of the Seleka and that relate more to resource disputes than sectarian antagonism. For a long time, CAR has witnessed struggles over livestock and control of diamond exploitation, both of which are exacerbated by chronically low state capacity, meddling by geopolitical actors, and a legacy of violent colonialism. Although minority grievances have also marked the country’s political scene, the sectarian character of the violence has sometimes been exaggerated; until 2013, Muslims and Christians coexisted in relative peace. Understanding the structural causes of violence in CAR is necessary not only to design more appropriate responses to challenges such as PoC, but also to tackle the root causes of the fighting and implement effective conflict prevention measures.

This broad perspective is also necessary for immediate tasks, such as convincing combatants from the different warring parties to lay down their weapons, adhere to the peace process, and contribute towards peacebuilding. In this regard, there are some signs of positive change. In particular, a May 2015 disarmament agreement has opened up an opportunity to test new approaches to DDR (disarmament, demobilization and reintegration) at local levels. The Pre-Disarmament Demobilization Reintegration (DDR) Programme has generated short-term results that, if properly harnessed and built upon, may lead to longer-term peacebuilding initiatives. From October 2015 to June 2017, the Pre-DDR provided alternatives to violence to combatants in nine municipalities of CAR. The Program’s cash for work and income-generating activities were important not only in guaranteeing a secure environment for the 2016 elections, but also in fostering local economic activity. At least 4,979 combatants from the ex-Seleka and the anti-Balaka—including many young recruits—voluntarily handed their weapons and engaged in paid community work, boosting local economic dynamism in several municipalities. In addition, the Program has promoted the reintegration of former combatants into their host or home communities and the restoration of a trustful environment. In each municipality, a local committee is set up to oversee the process, ensuring that there is local participation and ownership of the programme. Women ex-combatants have also been included; at last count, the pre-DDR covered 737 women ex-combatants.

More broadly, the Pre-DDR has boosted the morale of stakeholders. Peaceful elections held in late 2015 and early 2016 yielded a much-needed political transition and allowed the initiative to be implemented across different municipalities. As Secretary-General António Guterres stated during an October 2017 visit to Bangui, “there is an opportunity to build a new Central African Republic that is peaceful, secure and prosperous.”

While the “pre” phase of DDR has yielded some positive results, its contribution to the implementation of the nationwide DDR strategy and programme, whose pilot started in August 2017, remains to be seen. Key challenges involved in scaling up and transitioning to full DDR include scarcity of resources; lack of government capacity; coordination with a wide gamut of partners and stakeholders; and the program’s ability to tackle the specific challenges of ex-combatant subgroups, including women and youth. In addition, the program would need the adherence of the largest armed group, the ex-Seleka faction Popular Front for the Renaissance of the Central African Republic (PFRC), which has not yet signed a Memorandum of Understanding with the government.

Nevertheless, the pre-DDR experiment indicates there is cause for hope. The pre-DRR outcomes also suggest that, in areas where PoC is under control, peacebuilding needs to occur alongside peacekeeping rather than wait for a post-conflict scenario as part of a tight sequencing approach. Security measures should be connected with social and development responses, in order to decrease recidivism among ex-combatants and avoid recruitment of additional fighters. In this sense, the UN and other actors should boost support for the implementation of the broader plan (Disarmament, Demobilization, Repatriation, Reintegration and Resettlement – DDRRR) and other peacebuilding measures, and especially as they relate to CAR’s political process. Building on this experience will help to ensure that DDR-related initiatives are optimized as part of a broader preventive approach.

Adriana Erthal Abdenur is a fellow at Instituto Igarapé.