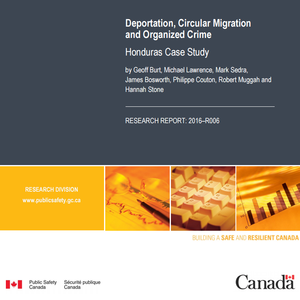 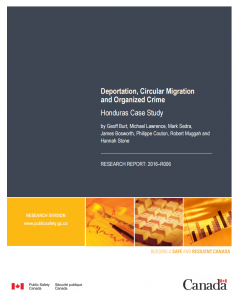 This research report examines the impact of criminal deportation to Honduras on public safety in Canada. It focuses on two forms of transnational organized crime that provide potential, though distinct, connections between the two countries: the youth gangs known as the maras, and the more sophisticated transnational organized crime networks that oversee the hemispheric drug trade. In neither case does the evidence reveal direct links between criminal activity in Honduras and criminality in Canada. While criminal deportees from Canada may join local mara factions, they are unlikely to be recruited by the transnational networks that move drugs from South America into Canada. The relatively small numbers of criminal deportees from Canada, and the difficulty of returning once deported, further impede the development of such threats. As a result, the direct threat to Canadian public safety posed by offenders who have been deported to Honduras is minimal.