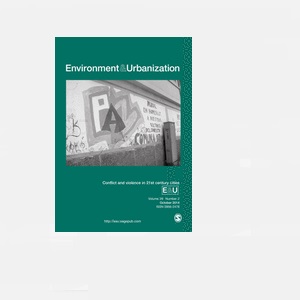 An emerging social category – the fragile city – can be described as a discrete metropolitan unit whose governance arrangements exhibit a declining ability and/or willingness to deliver on the social contract. Fragility is thus no longer ascribed by decision makers and analysts exclusively to nation-states and federal institutions. Rather, fragile cities are being reconceived as the primary sites of tomorrow’s warfare and development. Yet, surprisingly little is known about them. When do cities “tip” into fragility? How is fragility distributed within and between neighbourhoods? What allows some cities to cope, adapt and rebound from external and internal stresses? This article, drawing from emerging theoretical and policy literatures, finds that urban fragility is neither inevitable nor irreversible. To the contrary: it is the very resilience of cities, their neighbourhoods and institutions that is often overlooked in efforts to promote stability and development. Fragile cities themselves are constituted of sources of local resistance and agency that, in some cases, can be reinforced and from which positive lessons can be learned.