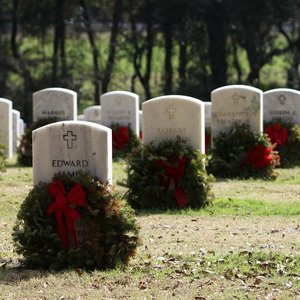 Across the global development sector, a new narrative on the relationship between security and development is gathering momentum. But just three months after the sustainable development goals were adopted, the first target of the 16th goal – “reducing all forms of violence and related deaths everywhere” – is threatened by lack of transparency.

While most governments publish data on homicides, many are reluctant to reveal the incidences of violent conflict within their borders. During negotiations for the SDGs experts from countries such as Cuba, Cape Verde and Mexico argued that existing methods of counting conflict deaths are fatally flawed.

Not surprisingly, information around conflict deaths is politically sensitive; it can be seen as infringing on sovereignty and can reveal the complicity of governments in war crimes. And it is certainly true that measuring conflict deaths, like poverty or homicide, is subject to uncertainty, and complicated by competing definitions and methodology. This is partly why the UN Office for Drugs and Crime (UNODC) only started releasing national statistics on homicide in 2008.

Although some governments are fearful that conflict data is too sensitive to be shared in wartime, the reality is that it is already being shared. In a world awash with satellite imagery, and internet and mobile access, massive amounts of information on the human costs of war are now available online. This “data revolution” is good news: the success of the SDGs will depend on accurate statistics to hold governments accountable, set priorities, monitor investments and measure impacts.

Even so, researchers around the world are busily collecting data on victims of war. Uppsala University’s Conflict Data Programme (UCDP) has documented battle-related deaths in every war-affected country since 1989. It focuses on conflicts between states, and between states and rebel groups. It also gathers information on “non-state” conflicts — those involving a varying mix of guerrillas, militias and extremists – and “one-sided violence” — the intentional killing of civilians by both governments and non-state groups.

Other data-gathering programmes include the Armed Conflict Location and Event Data project which records the dates and locations of reported political violence events in more than 60 countries in Africa and Asia, and the Global Database on Events, Location and Tone, which uses more than 1,000 media sources in 100 languages to track political protests in real time.

But as this new generation of conflict datasets all base their counts on publicly available data, they sometimes get fatality numbers and locations wrong, and researchers are working to improve their coverage and quality. Even if these data were perfect, though, diplomats from Brazil, China and India might still warn against counting conflict deaths, since they feel that matters of war and peace should be kept separate from development. Not everyone agrees.

For more than a decade, though, researchers and practitioners from major relief and development agencies, including the World Bank, have been making a powerful case that war is a process of “development in reverse”. The collapse of Syria since 2011 is a telling example of how war can dramatically reverse progress in what was a relatively prosperous middle-income country.

Even limited amounts of high-quality data can provide surprisingly useful insights for policy and programming. In the 1990s, for example, many policy makers assumed that the number of wars being waged around the world was increasing. But conflict datasets showed that more conflicts had ended than started during that decade. And while diplomats have long fretted that more than half of all conflicts that end with peace agreements start again within five years, UCDP’s conflict data reveal that on average the death toll from restarted conflicts is 80% lower than in the previous wars.

The Human Security Report Project also showed how peacekeepers have contributed positively to stability and reduced conflict recurrence, while other datasets have revealed that terrorist campaigns and insurgencies succeed only very rarely — around 10% of the time according to some estimates.

At the moment, most research groups focus on counting the direct deaths of combatants and civilians – those that result from violent injuries. But direct deaths make up a minority of all war-related deaths. The real killers, especially in wars in very poor countries, are “indirect” or “excess” deaths — those arising from war-exacerbated disease and malnutrition. These can exceed direct deaths from injuries by a factor of four or more, so omitting them is serious.

Fortunately, there is a wave of recent research — including the innovative work of Human Rights Data Analysis Group (HRDAG) and the Center for Research on the Epidemiology of Disasters — to chart new methods for tracking indirect and direct deaths. Both are needed if we are to determine the true impact of war on sustainable development.

By Robert Muggah and Andrew Mack, The Guardian