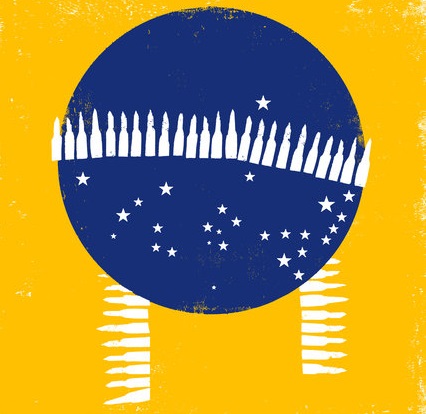 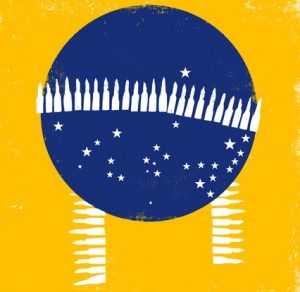 RIO DE JANEIRO — As Brazil weathers the worst political and economic crises in living memory, Brazilians can hardly be blamed for being distracted. But there is a subject that the country’s politicians — and citizens — are not discussing, even though it risks tarnishing Brazil’s international reputation as an advocate of peacebuilding and diplomacy: an unchecked arms industry and its involvement in foreign conflicts around the globe.

The fingerprints of Brazil’s largest arms companies are turning up in a growing number of the world’s hot spots, including Yemen, where thousands of civilians are perishing in a punishing war with no end in sight. An investigation last month into Forjas Taurus, the Brazilian firearms manufacturer, revealed that the company supplied weapons to a notorious Yemeni arms dealer. Two (now former) executives of the company — Latin America’s largest — have been charged with illegal arms transfers, though the case remains under seal. Taurus, which is involved in the case only as an interested party, has denied any wrongdoing and says it is working to “clarify the facts.”

The details of Taurus’s misdeeds read like a spy novel. Brazilian prosecutors allege that Fares Mohammed Hassan Mana’a, a widely known arms smuggler and former governor in Yemen, diverted a consignment of 8,000 handguns from Djibouti across the Bab el-Mandeb Strait to Yemen. Mr. Mana’a is believed to have been supporting Houthi rebels in their fight against a Saudi- and United States-backed government.

The civil war in Yemen has already killed an estimated 10,000 people since early 2015 and displaced more than three million. The United States, which has provided material and logistical support for the Saudi bombing campaign, has been under intense pressure to clarify its involvement in the civil war because of the humanitarian toll and the United States’ increasingly direct role in the conflict.

The two Taurus executives were accused of negotiating a second sale of 11,000 weapons in 2015 when Brazil’s Federal Police moved in.

This is not the first time Brazilian weapons have turned up in the Yemeni conflict. Late last year, researchers discovered unexploded ordnance and cluster bombs in Yemen that are believed to have been purchased from Avibras Indústria Aeroespacial, a São José dos Campos-based company that manufactures cluster rockets and the Astros multiple-launch rocket system. More than 100 countries have banned the manufacture, stockpiling and use of these weapons because of their potential to cause indiscriminate damage to civilian populations and infrastructure. Brazil is not one of them.

Brazil routinely authorizes weapons sales to countries with poor human rights records. The country has signed major deals not only with Saudi Arabia, but also with Egypt, Libya, Iran, Iraq, the United Arab Emirates, Zimbabwe and dozens of countries across the Middle East and Africa since the 1980s. Brazilian companies have also ramped up sales of “nonlethal” arms such as tear gas, pepper spray and concussion and smoke grenades. Some of these have surfaced in Bahrain, Turkey and Egypt, often in the wake of bloody police-led efforts to crush pro-democracy demonstrations.

Many of Brazil’s arms manufacturers have been heavily subsidized by the Brazilian Development Bank, or BNDES. Freedom of information requests reveal that Taurus received $16.7 million in low-interest loans between 2008 and 2015. In 2013 alone, the year Taurus reportedly sold the 8,000 handguns to Mr. Mana’a, the company benefited from $10 million in loans from BNDES. The Brazilian Cartridge Company, one of the world’s largest producers of ammunition (and majority shareholder of Taurus), received $2.9 million in loans over this same eight-year period. Brazil’s defense sector, excepting aeronautics, received $70.5 million in BNDES loans from 2008 to 2015. BNDES is now implicated in Brazil’s largest corruption scandal.

One reason Brazilian arms exports are expanding at breakneck speed is because Brazil’s Congress passed a law to promote innovation and competition in a flagging defense sector. The legislation also grants designated companies significant tax exemptions. Brazil is now the fourth largest supplier of small arms and ammunition in the world and second in the Western Hemisphere, after only the United States.The fact is that no one really knows how many weapons Brazil sells around the world, whether to rights-violating governments or otherwise. The country’s arms export policies are maddeningly nontransparent, lacking adequate oversight and mechanisms to ensure that the people who use the weapons comply with international law. Brazil hovers next to China and Ukraine when it comes to reporting its arms transfers to international authorities. Though Brazilian diplomats may beg to differ, there are comparatively few checks and balances once arms leave the country. Perhaps this is not so surprising given that Brazil’s official arms policy is still largely based on decrees from the military dictatorship era of the 1960s and ’70s.

Making matters worse, Brazil has yet to ratify the Arms Trade Treaty, or A.T.T., an accord it signed in 2013 to much acclaim. The landmark agreement prohibits states from transferring conventional weapons — including handguns such as the ones Taurus manufactures — to states and brokers who pose a high risk of committing crimes against humanity. It also requires states to analyze the probability of arms being diverted and causing gross violations of humanitarian law, as allegedly occurred in the case of Mr. Mana’a. In late August, the A.T.T. cleared an important committee vote in Brazil’s lower house of Congress, but full ratification is now being held up in the Committee on Public Security, dominated by a conservative congressional bloc known as the “bancada da bala,” or bullet caucus.

Brazil is progressively more isolated in its stance on both the A.T.T. and cluster munitions. The United States recently made news when the last remaining domestic manufacturer of cluster munitions, Textron Systems, decided to discontinue production. Textron did so in the wake of immense pressure from human rights organizations, and after the White House blocked a shipment of its weapons to Saudi Arabia. Brazil might take note.

The country’s failure to ratify the A.T.T. is undermining its global stature as a peace power, cultivated through nearly 70 years of participation in United Nations peacekeeping missions; suspect arms deals are increasingly at odds with Brazil’s hard-earned reputation for preventing conflict and developing peacekeepers around the world.

Brazil needs to substantially reform its approach to arms control. A good place to start would be full ratification of the A.T.T., the development of more rigorous oversight and transparency mechanisms during the licensing and export process, and a stringent program to guarantee that weapons do not end up in the wrong hands. The country’s policies are dangerously out of date and out of control, generating real suffering at home and abroad.