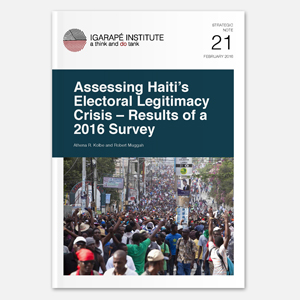 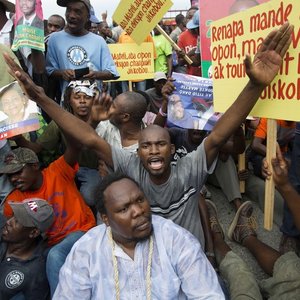 [NE 21] This Strategic Note presents the results of a national survey of 1,766 Haitian adults conducted between January 17 and 22, 2016. Respondents were asked about their participation in voting, barriers to participating in the voting process, their choice for president, and their opinions about a variety of possible solutions to Haiti’s electoral impasse. It finds that there is widespread pessimism about the direction the country. It also detects that voter turn-out in October 2015 was likely considerably less than officially reported. However, the survey shows that most Haitians would vote if they were confident that elections were free and fair. The most important issues that Haitians believe the next president should tackle are jobs and the economy, followed by corruption, regaining trust, and education.