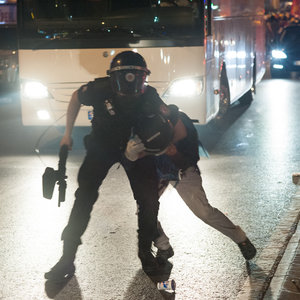 Violent crime is deeply entrenched in some developing countries, particularly in Latin America. Our experts offer these solutions to bringing down high rates.

Treat violence as a public health concern: We need to use campaigns and technology to reach every child and family in these countries. We need to develop those tools to make sure that everybody feels important and cared for through parenting interventions, family interventions, wellbeing campaigns, and early childhood education. Anilena Mejia, research fellow, The University of Queensland, Brisbane, Australia

Localise programmes: During the 90s in Rio we had rates of homicide that would go beyond epidemic levels (over 100 per 100,000 citizens). It took a really costly but comprehensive programme in Brazil called Pronasci to tie up a lot of elements that were drivers of violence in the country, building local frameworks, gun-free zones and fostering civic culture to reduce violence, which has been the case in Bogotá, Medellín in Colombia and Santa Tecla in El Salvador. Natasha Leite de Moura, project adviser, public security programme, United Nations, Lima, Peru

Look at the whole picture: While people are aware that there are high levels of lethal violence in Brazil, this is often misrepresented by national and international media as a simple cops vs robbers dynamic – a misrepresentation that more often than not criminalises poverty. Much more work needs to be done on understanding the official and unofficial social, political and economic structures that sustain these high levels. Damian Platt, researcher, activist and author, Rio de Janeiro, Brazil

Create well-targeted programmes: If the goal is to reduce homicides, then programme selection should be located in hotspot areas and focused on the population group most likely to commit violence crimes, often young males between 10-29 years old. The risk factors for why these young men get involved in criminality also needs to be clearly diagnosed and complemented with a treatment plan that involves the family and community. Enrique Roig, director, citizen security, Creative Associates, Washington, DC

Focus on prevention: Prison populations are overflowing, crime is high and violence is a culture in South Africa. The focus needs to be on preventing the conditions that draw people into violent or criminal behaviour. In order to do this we need a systematic, integrated, coordinated approach combining the responsibilities of a wide range of state and non-state actors. Venessa Padayachee, national advocacy and lobbying manager, Nicro, Cape town, South Africa

Avoid repressive policies: Many countries have approached the problem of violence from a crime and security angle, focusing their action on law-enforcement only. Unfortunate examples of this are the ‘mano dura’ tactics in Central America. While justice and police have an important role to play, repression only is counter-productive if not combined with development interventions that look at the drivers of violence, and tackle things like skills and education of youth, socio-economic inequalities, and access to communal services. Luigi De Martino, senior researcher, Small Arms Survey, Geneva

Be proactive: You have to systematically invest in protective factors. Supporting proactive community associations and schools to activate their involvement has also demonstrated positive results in places such as Cape Town, Chicago and New York. In addition, promoting links between neighbouring communities that adjoin each other is also important. John de Boer, senior policy adviser, United Nations University, Centre for Policy Research, Tokyo, Japan

Don’t forget about male violence: There are lots of interventions that are focused on women’s rights. These are noble. But the vast majority of killings I have seen around the world are by men on men. I think this needs to be addressed. The international community focuses a great deal on the impact of violence against women. If you address the male drivers of violence, you reduce the female harm of violence. Iain Overton, author, Gun Baby Gun, London

But treat male and female violence as the same issue: Male and female dimensions of violence are connected. We need to look at these issues comprehensively rather than a divide and conquer approach. Research has shown it is not just about single risk factors (i.e. being a male is a risk factor) that determines violence – rather it is the accumulation of risk factors that produce violence. John de Boer

Move away from the focus on poverty: Criminalising certain areas or groups makes it harder for people to actually coexist, and the emphasis on poverty is a misleading one. Latin America proves as long as history of studies that show poverty and violence do not have a direct correlation. Countries are overcoming extreme poverty and becoming more violent, so it is now part of our job to look beyond those solutions and what other factors may be driving those rates. Natasha Leite

Focus on gun control: Where there are no guns, there are no gun deaths. A simple and practical way to start impacting armed violence is to try to stem the flow of illegal guns. I believe in the gun control approach as a first step. Iain Overton

Understand that violence is going virtual: Cyberspace is a new domain for violence. This ranges from the use of social media to project force (videos showing assassinations, torture, threats), to recruit would-be members of extremist groups (digitally savvy marketing campaigns, online chat sites), for selling product (deep web), and also for more banal but no less important forms of intimidation and coercion (bullying). Violence is going virtual, and we need to get a much better handle on all of this. Robert Muggah

Find the balance between repression and prevention: Local experiences and efforts deal mainly with interpersonal aspects of violence. When illicit or transnational crime starts co-opting state forces, people stop trusting their security forces, governments and start focusing on private and personal security, stop using public spaces. So the idea is not create a system based entirely on repression or prevention, but to find that balance and incorporate rehabilitation and reintegration policies and funding into security strategies. Natasha Leite

Intervene early: We know that a better understanding of the drivers of violence is essential, and that starting interventions early (childhood – possibly even before kids are born at a pre-natal stage) is crucial. John de Boer

Learn from history: A lot of human rights violations of massive proportions in Brazil, such as slavery and dictatorship, were never really dealt within a transitional or reconciliation process. At the same time, the security forces are relying on structures that don’t make sense and foster competition and corruption. Natasha Leite

Keep in mind the impact of drugs: The global “war on drugs” is a massive driver of crime, violence and insecurity, not only in the Americas but increasingly globally. It is time for all international anti-violence development initiatives to take this on board. It still amazes me how much taboo there is around this issue, especially regarding the cocaine industry. Damian Platt

Target inequality: We need to address economic inequality which I believe is central to reducing crime and violence in the long run. We need universal provision of high quality childcare that is affordable for all, and to narrow the difference between the top-to-bottom earnings and rebuild the link between economic prosperity and wages. Vanessa Padayachee

Be aware of the link between organised crime and terrorism: My own take on theZetas is that the lines that once separated organised crime from terrorism are increasingly blurred. That does not mean that they are the same actors, nor motivated by the same factors. However, there is an increasing convergence among some gangs and terrorists in terms of their methods. The Zetas have clearly appropriated terrorist tactics to pursue their motives. John de Boer

See violence as a priority: One thing that we need to do better at the UN is to better prepare peacekeeping, humanitarian, and development actors to ensure that their interventions reduce violence over the long-term by helping to move key reforms and structural changes forward. One key development would be a measurable and effective target within the SDG process to reduce violence. This needs to be a global priority. John de Boer

Raise awareness of improvised explosive devices (IEDs): Countries can be more active in the control of conventional munitions stockpiles, states and international bodies can mitigate the proliferation of IEDs. They can step up the sharing of information on IED events to enhance awareness of the threat and to inform national and international decision making. Luigi de Martino

Be smart: We believe that targeted investments in income de-concentration, primary and secondary education, early family support, and the rest can prevent violence but not if conducted in a blanket approach. We need to get smarter about how we allocate aid if we want to really have a meaningful impact on preventing and reducing violence. Robert Muggah