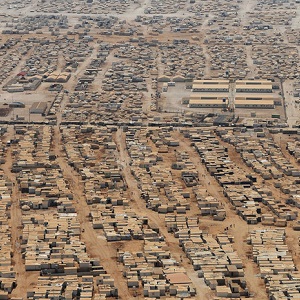 17 de May de 2017 In International, Earth Timelapse in the news

15 years of migration in 15 mesmerizing maps

Global security expert and research director at the think tank Igarapé InstituteRobert Muggah knows. Earth TimeLapse, an interactive platform created by Muggah and Carnegie Mellon University, details over a 16-year span from 2000 to 2015 where migrants are leaving and arriving.

Due to the War in Darfur, 2003 primarily saw an outflow of refugees from Sudan to nearby Chad. The UNHCR estimates roughly 100,000 new refugees came from Sudan alone.

Sudanese migration continued into 2004, in addition to waves of Afghani refugees fleeing into Pakistan and Iran. The US also saw an uptick that year due to an influx of Somali refugees.

By the end of 2005, the total number of refugees had hit its lowest point since 1980, with an estimated 8.4 million refugees worldwide. That’s 1 million fewer than the start of 2005. Pakistan and Iran were the two main asylum countries.

Within the year, the number climbed back up to 9.9 million refugees worldwide. 2006 saw the Lebanon War drive people into Syria and Germany, as well as the Sri Lanka Civil War drive citizens to India.

Numbers continued to rise, to 11.4 million refugees, by 2007. Moves were driven by ongoing conflict in eastern Africa, and now South America. Colombian refugees fled to Venezuela, Ecuador, and the US. An uprising in Myanmar also pushed citizens south.

In 2008, Afghan and Iraqi refugees accounted for half of the total number gathered by UNHCR. India also became a major asylum for roughly 100,000 Tibetan refugees. Somali refugees continued to pour into surrounding nations.

Germany became the epicenter for asylum seekers in 2009, due to a plea from the European Union for it to resettle displaced migrants. Iraqi refugees continued to make up a major share of the total population.

Thailand saw surges of Myanmar refugees in 2010, due to ongoing civil war. A wave of migrants from Cuba also made their way to the US and Puerto Rico that year.

In 2011, Congolese, Sudanese, and Somali refugees made up the largest portion of displaced persons. Flows slowed to Europe, while Haitian refugees made their way to the US and Dominican Republic.

The Syrian Civil War was in full swing by 2012. Tens of thousands of migrants flowed south into Jordan and north into Germany, Sweden, and other European countries. Infighting in Sudan and Somalia held steady.

The spring of 2013 saw an influx of Ukrainian refugees fleeing the civil unrest caused by mass protests. People fled mostly to Russia. Syrian refugees continued to enter Germany, while dual conflicts in the Central African Republic and Sudan led to swirling movement patterns.

Russia’s annexation of Crimea in 2014 produced an explosion of refugees in Ukraine. South Africa also began accepting people by the hundreds of thousands, as they came from Somalia and landlocked countries further inland.

By 2015, the Syrian refugee crisis had become by far the dominant movement of displaced persons. More than a million people have arrived in Europe, and a similar number in South Africa. Despite political fears, the US remains almost a non-player on the global stage.