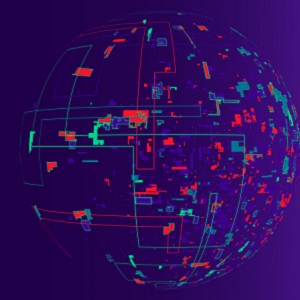 Amid the relentlessly grim news on climate change, there is a glimmer of hope — and it’s coming from our cities. Even as the US is pulling out from its commitment to the Paris climate accord, cities of all sizes are stepping up to the plate. Enlightened mayors around the world are taking action, introducing emissions reductions targets, investing in green growth and shifting to renewable energysources. It’s one manifestation of the new politics of empowered cities, in which local leaders demand their voices be heard on some of the most serious issues of the day, especially climate change, inequality, security and migration.

Whether nations like it or not, cities are muscling their way to the policy-making table. This is more radical than it sounds. Cities have long been shunned by international bodies such as the United Nations, and city leaders have also struggled to raise capital, including from financial institutions like the World Bank. When they participated in global agenda-setting at all, their involvement was often passive and channeled through national governments. But now the tide is turning.

In 2017, nearly 7,500 cities representing over 681 million people committed to a global pact on climate that can ultimately exceed the Paris Accord targets.

The sheer scale of city climate diplomacy is breathtaking. In 2017, nearly 7,500 cities representing over 681 million people from every continent (except Antarctica) committed to a global pact on climate and energy. Their stated goal is to accelerate action that can meet and ultimately exceed the 2016 Paris Climate Agreement targets. They are well on the way: at least 8,000 cities are relying on solar power and hundreds are already entirely powered by renewable energy.Cities like Copenhagen, San Francisco, Paris and Sydney are demonstrating the kind of climate leadership sorely lacking from their national counterparts.

Cities are also proving to be an antidote to reactionary nationalism. When the Trump administration signed an executive order in January 2017 to cut funding to so-called “sanctuary cities” protecting undocumented immigrants, many municipalities in the US refused to enact the legislation. After the White House decided to boycott negotiations on a new global compact to manage migration in December 2017, the largest US cities defiantly stated they’d move ahead regardless.

US cities are not the only ones standing up to national authorities and their policies. Take the case of the mayor of London calling out populists in Europe. Or consider Barcelona, Madrid and ten other cities that have publicly opposed Spain’s restrictive asylum policies. Likewise, some Italian cities are also awarding new immigrants “local citizenship” when they are denied citizenship rights by the national authorities. Facing violence from the Turkish government, local city assemblies in Kurdish municipalities have declared self-rule and called for greater participatory democracy and human rights. Meanwhile, in Hong Kong, activists on the city council are speaking out against Chinese state repression and censorship.

Some cities are also taking the unprecedented step of reaching out directly to international organizations to shape multilateral processes. And they’re getting results. The International Organization of Migration recently acknowledged the central role of cities in providing housing, healthcare, education and social services to displaced people. In December, mayors from Amman and Athens to Montreal and New York requested that the UN High Commissioner for Refugees (UNHCR) include them in high-level agenda setting, speed up the sharing of lessons among cities, and regularly consult with municipalities on refugee-related issues. The UNHCR’s leadership has said it is ready to listen.

More than half of the world’s population lives in cities (compared to 1 percent in the 17th century), and cities are responsible for 80 percent of global GDP.

Working through the UN, cities are steadily shoring up their legitimacy. For example, the UN Sustainable Development Goals, a 15-year agenda to eradicate global poverty announced in 2015, explicitly advocates for inclusive, safe, resilient and sustainable cities. It’s the first time an international development agreement explicitly includes city leaders as (near) equals to their national counterparts. In 2016, the Habitat III Conference, the largest gathering of city specialists in twenty years, laid out an urban agenda that underlined the rights of city residents and reinforced the central place of cities in achieving global development objectives.

The flurry of city diplomacy is not entirely surprising. After all, more than half of the world’s population now lives in cities (compared to just 1 percent in the 17th century), and by the middle of this century, more than two-thirds of the world’s population is projected to be urban. Cities are also aggregating economic power, responsible for 80 percent of global GDP. Alongside the more than 2,000 large cities driving growth are another 4,000 special economic zones that are re-shaping global supply chains.

Cities have always sought to expand their competitive advantage. Today they’re investing in smart technologies and green infrastructure to attract talent and investment. Mayors are dispatching emissaries to other countries to strengthen opportunities for tourism and trade. For decades, cities have crafted formal and informal networks, including sister-city arrangements and cooperative agreements on areas like culture, science, health and education. In the process, many cities are discovering they have more in common with one another than with their own nations.

By forming pacts to address the environment, migration and extremism and terrorism, cities are recognizing their interdependence and the dividends of collaborating globally.

Yet while cities are punching above their weight economically, they are still punching below their weight politically. To bolster those credentials, cities are moving beyond partnerships to build genuinely global alliances. There are currently over 200 inter-city coalitions around the world, with more city networks than there are for nations. By forming pacts to address protecting the environment, managing migration and countering extremism and terrorism, cities are instinctively recognizing their interdependence and the dividends of collaborating globally.

These municipal networks are rapidly proliferating. Take the case of the United Cities and Local Governments (UCLG), which includes hundreds of member cities around the world. Or consider the C40 and ICLEI, two urban alliances that helped push for the Paris Climate Agreement and have inspired tens of thousands of local climate actions. Led by the mayors of Paris and Buenos Aires, a newly announced U20 also promises to shake up the G20 club of nations. Another prominent example is the Global Parliament of Mayors representing cities as diverse as Atlanta, Buenos Aires, Cape Town and New Delhi. The brainchild of the late Benjamin Barber, the Parliament and its members are demanding that international, regional and national bodies hand over more autonomy to cities. They believe that when city authorities are awarded greater discretionary powers — including raising and managing funds — they can more effectively address the biggest threats they face.

Meanwhile, national intercity federations are also agitating for a more global role. A good example is the US-based Welcoming America initiative, a network of dozens of cities and nonprofit organizations committed to promoting social and economic integration for new arrivals. Welcoming America is diversifying to include new city partners in Australia and Germany. Another is Eurocities — a coalition of 185 cities spanning 39 countries — that recently launched a project with partners across the Mediterranean to facilitate refugee protection, integration and settlement.

In spite of the persuasive hold of nationalism, people still feel a strong sense of belonging to cities, based on shared principles like diversity and inclusion.

The formation of city alliances is not new. During the Golden Age of city power from the 10th to the 15th centuries, hundreds of European cities developed federations to promote economic trade. At the peak of its influence the Hanseatic League included more than 100 cities across Europe and developed its own legal system, tax code and police force. By the 13th century, the League’s membership stretched from London to Novgorod, Russia. More recently, in the 20th century cities entered into twinning arrangements and municipal federations to promote solidarity. Many of the initiatives, intended to help reconstruct cities that had been devastated by two world wars, are still active today, like Mayors for Peace, Cities for Peace and the Municipal Alliance for Peace in the Middle East. Other groups such the Millennium Towns and Cities Campaign, the New Cities Foundation and the US Conference of Mayors have focused on sharing technical expertise and driving economic cooperation.

These past and current city alliances offer insights for the future of municipal networks. They’re a reminder that cities have always competed and collaborated with one another, irrespective of their national affiliation. They also underline how cities wield more power than they may recognize and that collective action on a global scale is essential to ensuring their citizens’ voices are heard. Finally, they demonstrate how in spite of the persuasive hold of nationalism, people still feel a strong sense of belonging to cities, a sense based on shared principles of cooperation, openness, diversity and inclusion. By building strong city networks, citizens are starting to translate their progressive values into a platform for national and, ultimately, global action.

Robert Muggah is the research director of the Igarapé Institute and the SecDev Foundation.

Colleen Thouez advises the United Nations Institute for Training and Research (UNITAR) and lectures at the School of International Service in American University.