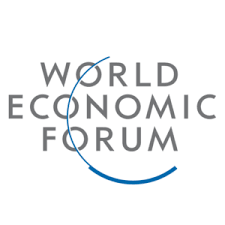 Violent disorder is on the rise. Is inequality to blame?

By Robert Muggah and Clionadh Raleigh

Is the world becoming less violent? The answer is yes and no. The world is less deadly, but more disorderly. Notwithstanding massive bloodshed in Afghanistan, Syria and Yemen, the incidence of large-scale warfare has declined compared with the past. Today there are fewer cross-border and civil wars and far less people violently killed compared with the 20th century. Yet contemporary armed conflicts seem to be harder than ever to resolve. They come in multiple shapes and sizes, and it is precisely these alternative manifestations that are increasing and contributing to disorder. At a time when most countries have experienced overall improvements in development, what accounts for this peculiar state of affairs?

One reason for the persistence of low-intensity armed conflict is the fragmentation and proliferation of armed groups. Today’s conflicts are seldom restricted to state forces and one or two guerrilla groups. Since 2010, almost half of all civil conflicts involved 10 or more armed elements. In several war zones – Mali, Libya or Syria – hundreds of armed groups are vying for influence. Some of them are inspired by political objectives, while others are purely criminally-minded. Today, most rebels, militia, extremists and gangsters exhibit remarkably similar tactics and fluid ideologies involving the pursuit of power and profit. Not only are the modalities of violence difficult to distinguish, but the motivations are also coalescing.

Two opposing trends have helped ensure the persistence of intractable armed conflicts and the proliferation of violent groups. The first is inequality: when larger and wider segments of the population feel excluded and disempowered, discontent can escalate into social unrest and even outright rebellion. This shift from intention to perpetration requires organization. This is why the second factor is so crucial: the ascendance and dominance of political elites. For years many newly democratic and post-conflict governments were forged on the basis of complex power-sharing arrangements between elites. In some cases, elites worked to peacefully resolve potentially violent disagreements, while in others they deployed violence to preserve or grow their power.

Put succinctly, organized violence is entirely rational and not an aberration. In many countries, organized violence is an intrinsic feature of the political system, not a regrettable symptom of its collapse. Violence is exercised instrumentally precisely because it is so effective at signalling specific grievances and increasing the competitiveness of certain elite groups. While all this is brazenly obvious to practitioners, for decades policy-makers have construed organized violence as the irrational outcome of failed and fragile states. Diplomats and researchers have described it as a “weapon of the weak” and a consequence of state breakdown. As a result, conventional measures to prevent and reduce armed conflict frequently emphasize the strengthening of state capacity and elite inclusivity. Yet these are precisely the factors that can also amplify competitive political violence.

Take the case of the Democratic Republic of the Congo, where millions of people have been killed in organized violence since the 1990s. The DRC has never had a peaceful transfer of power since 1960 and 2019 is no exception. Part of the reason is because elites are routinely mobilizing militia to secure their interests. One area where this has played out in particularly destructive fashion is Ituri, the most volatile of the DRC’s provinces, in the east of the country. For decades there have been frequent disputes between the Lendu and Hema groups – often characterized as a conflict between local farmers and herders. It is true that there is often (violent) competition over land and grazing. But it is also the case that successive governments have a long history of mobilizing competing ethnic groups for personal gain, not least to weaken the opposition. Elites based everywhere from the national capital, Kinshasa, to provincial cities like Bunia have mobilized ethnic militia to influence elections and control lucrative mining sites across the region.

Taken together, organized violence is one of the most strategic, efficient and logical ways for political and criminal elites to sustain their power. As most peace mediators know, it is frequently deployed to shore up bargaining positions and retain control of lucrative political and economic rents. This explains why elections in many countries are so often accompanied by a surge in violence, much of it whipped up by rent-a-mobs. Likewise, communal and ethnic violence is frequently orchestrated by elites, even if it is described in news outlets as an outbreak of primordial hatred. Elites routinely contract-out their power-grabs to ideologically malleable violence entrepreneurs – from militia to the mafia. The inability and unwillingness of many elites to invest in improving the delivery of basic public services – from security to social welfare – ensures a willing pool of recruits.

While rising disorder may be a consequence of rational decisions, it has highly destructive consequences. As can be seen in places from Afghanistan and Libya to Brazil and Mexico, heavily armed militia groups are becoming powerful actorsin their own right. And while elites frequently enlist these armed gangs to do their bidding, their rank and file are also often motivated by legitimate frustrations and deeply invested in licit and illicit economies. Some may be hired guns – young men excluded from the formal labour force with little allegiance to any specific cause. Others may be more cohesive and organized, having developed attractive brands that transcend traditional boundaries of class, ethnicity or sect. Consider al-Qaeda, Boko Haram, al-Shabab or ISIS, which have each attracted a vast cross-section of followers, often by expanding their digital footprints.

Most aid organizations are still not focused on the role of elites in perpetuating a violent status quo. Part of the reason is because it is too “political” and could quickly get them into trouble. Instead, the emphasis has been on working with recruits and developing ways to disarm, demobilize and reintegrate them. For their part, conflict researchers have also frequently drawn a straight line between poverty, underdevelopment and historical grievances and the onset and duration of contemporary organized violence. A rash of theories emerged to explain underlying structural causes of civil wars in particular, many of them informed by notions of greed and grievance and the “weak” capabilities of developing countries. One conclusion was that conflicts occurred because fragile states simply lack the wherewithal. The idea that poorer countries – and poor people – are the primary perpetrators and victims of violence has proved surprisingly resilient. There’s just one problem: it is not true.

A more convincing re-interpretation is that organized violence is motivated, financed and directed by the wealthy and influential. For the most part, elites trigger violence, are responsible for ending violence, and directly benefit from its use. Elites are not only integral to shaping the incidence and intensity of armed conflict, but also everything from state repression to organized crime. Applying this lens, it rapidly becomes clear that organized violence is hardly confined to underdeveloped countries and communities. In fact, the violent exercise of power by elites is endemic across middle- and upper-income states and cities as well. Roughly as many people are assassinated by police and paramilitary actors in Latin America and South-East Asia, for example, as civilians are killed in war zones across all of Africa. The idea that organized violence is prolific in wealthier settings is not a message that decision-makers are necessarily keen to hear.

If we are to prevent and reduce organized violence, we need to rethink how it is defined. For the past half-century, scholars have understandably focused on its most visible and tragic manifestations – notably, the deaths of soldiers and civilians in war zones around the world. As large-scale international wars started to decline, researchers turned instead to civil wars and terrorism, especially in Africa, the Middle East, Asia and Latin America. Conflict and terrorism, then, have largely been treated as a problem of developing countries. For the most part, state repression and organized crime were treated as entirely separate categories and, until comparatively recently, subjected to far less scrutiny. Yet today, states and criminals kill far more people than armed conflicts and terrorism. In 2017, for example, Brazil registered more violent deaths than the number of casualties in Afghanistan, Syria and Yemen combined. A more expansive interpretation of organized violence is the first step to thinking about solutions.

Getting to grips with today’s metastasizing organized violence will require reversing old assumptions and dangerous biases. While grinding poverty and deep-seated historical animosities can help inflame and sustain organized violence, it may be more worthwhile to focus on the elite pursuit of political and economic power as explanatory factors. To be sure, other factors – such as a country’s demography, social composition and level of development – will definitely shape the experience and trajectories of organized violence. But the surest way to redress the “root causes” of armed conflict, terrorism, state repression and organized crime is by developing more sophisticated understandings of domestic politics and the raw competition between elites. Although shining a light on established power relations can be threatening to some, it is critical to developing strategies to disrupt organized violence in the long-term.