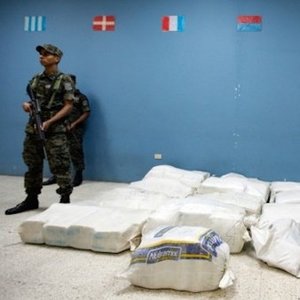 Orlan Chavez was a quiet but efficient civil servant, a prosecutor known for successfully investigating money-laundering schemes run by Honduran politicians. In April, he was killed for doing his job, shot seven times by unknown attackers as he made his way home. In the days leading up to his assassination in the capital, Tegucigalpa, his office had seized several properties of Jose Miguel “Chepe” Handal Perez. Perez was running for the country’s congress and was singled out as a “kingpin” by the U.S. Treasury Department for shifting tons of cocaine between Colombia and Mexico.

Though Chavez’s assassination was tragic, it was treated like a statistic in Honduras. Since his brutal killing there have been no arrests, no public outcry, and virtually no media coverage. The country’s top money laundering prosecutor was murdered in broad daylight, and it is likely that no one will ever know who did it.

Such is the situation in Honduras and among its neighbors. Honduras, El Salvador, and Guatemala — known collectively as the Northern Triangle — feature the world´s highest violent death rates. Honduras is by far the worst. After registering 170 homicides per 100,000 residents last year, San Pedro Sula, the country’s second largest city, is considered the most dangerous on the planet, based on murders per capita. (Syria was not included in the study because of uncertainty over the precise number of conflict-related deaths.) The country has a murder rate nearly four times that of Mexico, whose violence gets far more media attention.

These countries are experiencing wars in all but name, and the international community has done little to prevent the unfolding disaster .

Although the last Central American civil war ended in the mid-1990s, the Northern Triangle bears many of the hallmarks of warfare. Some settings almost certainly meet the intensity criterion, measured by the number of casualties, types of weaponry used, and levels of destruction. They are also affected by highly organized armed groups that control people and territory, carry out operations with military-like precision, and even negotiate peace agreements and ceasefires. In many areas, gangs have replaced guerrillas and rule with staggering ruthlessness.

During one recent rampage, a well-armed criminal group caravanned through northern Guatemala. Their killing spree started out slowly: over a three-day period, they kidnapped and murdered four people. But after making their way to a rival’s farm, they killed at least 27 more laborers, cutting them to pieces and smearing menacing messages on the walls with the victims’ blood.

In extreme cases, these armed groups are substituting for the state as the sole arbiter of disagreements between citizens. Many set themselves up as one of the few defenses against the onslaught of the myriad criminal organizations that plague poor, under-serviced Central American neighborhoods. Along the way, some of the larger gangs have become power brokers, managing political campaigns and getting out the vote in collusion with local and national parties. In extreme cases, they set up their own political organizations with the power to sway domestic and even international agendas.

Such is the case in El Salvador, where the most prominent parties have protected high-ranking traffickers, presumably in return for sizeable campaign contributions. The extent of this kind of corruption came to light during an infamous case in 2007, when three members of the Central American Parliament were killed, along with their bodyguard, by alleged drug traffickers as they drove from San Salvador to Guatemala City. Surprisingly, four of the suspected killers, all policemen, were captured. However, each of them was assassinated in their jail cell days later .

Throughout the region, violent gangs consort with some of the most powerful bankers, lawyers, businessmen, and politicians. They provide start-up capital, secure contracts, finance campaigns, and keep pesky investigators at bay on behalf of their partners. It is ordinarily a symbiotic relationship and with complicity reaching the highest levels of power.

Along with being killed and extorted with reckless abandon, Central Americans are also being displaced in ever-greater numbers. In an eerie echo of the region´s civil wars during the 1970s, 1980s, and 1990s, hundreds of thousands of residents have packed up and crossed a border. A small proportion of them —more than 25,000 — recently sought asylum in neighboring countries as refugees. Yet most undocumented migrants prefer to maintain a low profile for fear of being forcefully repatriated. And while many of the displaced join the vast caravan of economic migrants to the United States, the vast majority of victims remain internally displaced, seeking sanctuary in their country of origin.

This includes Sabine Moreno , who fled from her small town to San Salvador after seven members of her family, including her grandfather, were killed by the MS-13 street gang. The MS-13 and the Barrio 18, the two most prominent gangs in the region, have created invisible borders throughout the Northern Triangle. As locals well know, if you live in one gang’s neighborhood, you simply cannot enter the rival’s area.

There are unsettling similarities in the ways violence plays out across the region. In spite of a recently brokered gang truce in 2012, Salvadorians continue leavingbecause of threats posed by gangs — more than 8,000 at last count. Meanwhile, ruthless drug enforcer gangs like the Zetas have contributed to the displacement of at least 6,000 Guatemalans from their homes. An estimated 230,000 people fled Mexico or were internally displaced over the past half-decade for fear of being targeted by drug cartels, maras, militias, or soldiers. Meanwhile, Costa Rica is hosting more than 20,000 refugees while Panama supports 17,000 more. Entire neighborhoods are emptied and fields are going fallow. Yet because there is no international group dedicated to monitoring the conflict, the scale of the suffering generated by displacement is still largely hidden from view.

And after all this, many of these nomadic populations continue to be persecuted after being displaced. Some of them are enslaved by criminal groups, forced to cook and clean for them in the best of circumstances, and work as prostitutes in the worst. Recruitment into the ranks of armed groups is common, mostly for youth who face dim employment prospects as they bounce from city to city. Professionals are also not immune. Criminal gangs in Mexico are kidnapping engineers and computer scientists to help them build their sophisticated communications systems that sometimes surpass the government’s.

By virtually every metric, a humanitarian catastrophe is spreading across Mexico and Central America. The implications of this violence epidemic are frequently ignored by governments across the region. Aid agencies have also been slow to respond, with just a handful of groups like the International Committee of the Red Cross (ICRC) and Médecins Sans Frontières (MSF) sounding alarm bells. But since evidence of this problem is hard to track, these and other front-line agencies are working in the dark.

There are reasons to believe that a different future is possible. For one, countries like Costa Rica, Nicaragua, and Panama, while showing worrying signs of rising crime rates, resisted the violence epidemic afflicting the Northern Triangle. The United States, along with a few other countries in the region, are gradually acknowledging how the American war on drugs may in fact be ratcheting-up crime and insecurity. An array of courageous community groups and grassroots outfits are also experimenting with innovative approaches to preventing violence, including youth programs and employment schemes.

Ultimately, the protection of civilians requires addressing structural challenges in Central America, including reforms in the judicial and security sectors. Donors have tended to shy away from the most sensitive topics, which are unfortunately the same ones at the root of the problem. Afraid of damaging diplomatic ties, they often fail to push hard enough for the requisite banking, judicial and campaign reforms that could shut down serious gangs for good. Until this happens, the region’s wars will continue unabated.

By Robert Muggah and Steven Dudley
Opinion editorial published in 28 August, 2013
The Atlantic