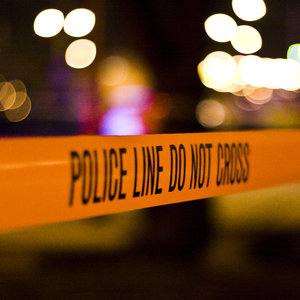 The more fragile a government’s institutions, the more intense the organized crime

Recent estimates show that organized crime is responsible for a third of all homicides in countries across the western hemisphere. Yet organized criminal groups can also regulate the use of violence and, in some cases, reduce murder. These and other findings are discussed in the latest Homicide Dispatch, a series associated with the Igarapé Institute’s Homicide Monitor.

“There is a direct relationship between the control exerted by organized criminal organizations and the fragility of public institutions. When public authorities are incapable of establishing a monopoly over the use of force, criminal actors have the liberty to operate,” says author Juan Carlos Garzón-Vergara, a fellow at the Igarapé Institute.

The latest Homicide Dispatch – What is the Relationship Between Organized Crime and Homicides in Latin America?  – explores the ways in which crime groups are mediating violence. It finds that they play an outsized role in North, Central and South America. Yet in “in Europe and Asia, the proportion of murders associated with gangs represents less than 3% of all registered homicides,” says Garzon-Vergara.

The Homicide Dispatch analyzes the dynamics of illegal economies in Latin American countries and how these shape organized criminal violence. The study reveals how firearms availability and the impunity are key drivers of escalating violence. For example, firearms are present in more than 73% of all Central American and 59% of South American homicides as compared to the global average of 41%.

Taken together, countries registering comparatively high rates of homicide also demonstrate higher rates of homicide involving firearms. “In part, this happens thanks to organized crime’s easy access to weapons, whether through illegal commercial networks or through the diversion of security force weapons stocks,” Garzón-Vergara explains.

Meanwhile, the rates of impunity for crime in Latin America are high, with an average rate of 24 people convicted for every 100 homicides. In some countries, the rate is even lower. In Brazil, less than one in every four homicides is solved. Between 2007 and 2008, in Venezuela, only nine arrests were registered for every 100 murders. In Colombia, it is estimated that only 4% of homicides were solved from 2005 to 2010. In Europa and Asia, 80% and 85% of all homicides are solved.

The war on drugs accentuates the problem

The relationship between crime and violence intensifies when state institutions are weak and fractured. “Without the capacity to dissuade and establish legitimate authority, there is little probability that homicides will decrease. The weak legitimacy of institutions, however, is related to repressive interventions.

States that pursue a war on drugs also often struggle to with high rates of homicide. As the latest Homicide Dispatch shows, across Latin America state efforts to forcefully dismantle illegal markets and armed groups end up encouraging lethal violence.

In some cases, the control of territories by organized crime can lead to the regulation of the use of violence. This occurred in El Salvador in 2012-2014, for example, when the government and two dominant gangs in the country – Mara Salvatrucha and Barrio 18 – reached a truce.  The deal led to a decrease in the rates of homicide from 70.1 per 100,000 citizens, in 2011, to 41 per 100,00 the year after.