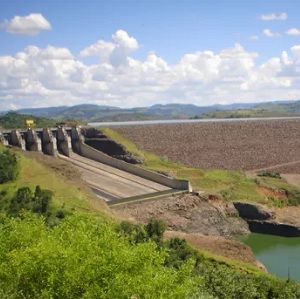 Brazil is the site of not one, but multiple forced migration crises. Since 2016, thousands of Venezuelans have poured across the border in search of safer ground. Congolese, Mozambican and Syrian refugees are claiming asylum there alongside Haitian survival migrants.

Much less visible, however, are the millions of Brazilians forced to flee natural disasters, organized violence and development schemes. Until recently, there was virtually no publicly available information about their plight.

One of the many drivers of internal displacement is the country’s massive hydroelectric dams. Since 2000, construction from 81 dams has forced between 150,000 and 240,000 Brazilians from their homes and off their lands. Research estimates that 75,000 people will soon be forced to evacuate in the wake of 11 new dams that have yet to come online.

Despite being both controversial and costly, hydroelectric dams play a pivotal role in Brazil’s remarkable development story. Since the mid-1970s, over 60 percent of Brazil’s domestic energy needs were supplied by dams. Public investment in hydroelectricity drastically reduced Brazil’s dependence on foreign energy imports.

Yet with notable exceptions, the full extent of the environmental and human costs of dams are seldom featured in media headlines. Public authorities and private lenders are understandably reluctant to publish data on the negative externalities of their investments. Brazilians, at least 85 percent of whom live in cities, are only dimly aware of the consequences of dam development in the rural hinterland.

The sheer scale and dimensions of Brazil’s many dams is difficult to conceive. The construction of the Itá Dam — Brazil’s largest hydroelectric scheme — consists of a reservoir that spans two states. According to information compiled by the Igarapé Institute from several government agencies, the dam resulted in the displacement of roughly 11,000 to 17,000 people.

Further up the Amazon basin is the Belo Monte Dam, the world’s fourth largest hydroelectric scheme, which was built by the Brazilian government despite several court rulings and a request by the Inter-American Commission on Human Rights to suspend construction of the 5 km-wide reservoir. Along with affecting water supplies and fishing stocks of hundreds of coastal communities, Belo Monte has already displaced more than 30,000 people.

The point is not to put a complete halt to dam construction, although building smaller and more environmentally sustainable hydroelectric schemes is advisable. Rather, what is needed is full and transparent accounting of the environmental and human costs associated with dam construction. Too often the exigencies of rapid modernization exceed the imperatives of social justice and sustainable development.

Brazil needs a dedicated public entity to track affected populations and provide fair compensation. People affected by infrastructure projects are theoretically supported by various environmental protection agencies with responsibilities that are typically restricted to issuing licenses and permits. While playing an important role, they are wholly understaffed and under-resourced to deal with forced migration. They lack the necessary skills to conduct risk assessments, much less ensure fair compensation and entitlements for the displaced.

It is difficult to minimize the human costs of dams if so little information is available on their disruptive impacts. At the very minimum, Brazilian authorities must develop a centralized data repository to capture where and when people were displaced, the value of their lost properties, and the debts they’ve accumulated along the way. Think tanks and universities can help, including by compiling available data and publishing what they find.

The Brazilian government urgently needs to change course — and there are some signs of progress. Take the case of the Garabi-Panambi dams, where courts suspended environmental licensing processes due to the disproportionate impacts these interventions would yield. If the dam is authorized, it could displace even more people than those who were forced to move as a result of Belo Monte.

The benchmark of any civilized society is how it treats its most vulnerable populations. Brazil is a highly urbanized country, and it is most often poorer rural and indigenous communities — and the forests on which they depend — that are forced to bend to the whims of order and progress. Dams are just one of many types of development schemes with far-reaching human cost, to which we might add mining, forestry, road-building, and much more. The first step to accountability is transparency, a commitment that the Brazilian government must take more seriously.