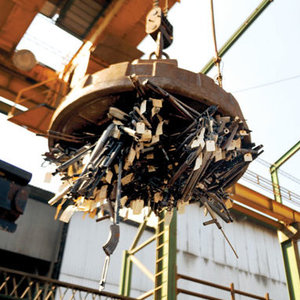 As the world’s largest arms exporter, the U.S. plays an outsize role in fueling Latin America’s insatiable addiction to firearms. To take one example, during most of the 1980s, El Salvador was the largest consumer of U.S. military hardware in the Americas, feeding one of the most vicious civil wars in Latin American history. And while the conflict ended in 1992, the legacy of its arms transfers remains: U.S. officials estimate that almost 50 percent of the weapons turning up in El Salvador’s crime scenes are from the U.S. Today, El Salvador registers the highest homicide rate globally.

Maybe not surprisingly, Latin American countries and cities are among the planet’s most prone to gun-related violence. Approximately 75 percent of all homicides in Latin America are caused by firearms, compared to the global average of roughly 42 percent. In Brazil and Honduras, the percentage of gun-related murders soars to close to 90 percent. Handguns and assault rifles are of course not the cause of homicide or violent crime, but their abundance and easy accessibility certainly increase the risk of a lethal outcome during a dispute between intimate partners or a holdup.

The sheer diversity and scale of arms and ammunition moving into Latin America from the U.S., both in legal transfers and through smuggling, constitutes a major policy challenge for your administration. To be sure, the region’s governments can take many worthwhile steps, such as strengthening arms export and import regulations, sharing intelligence and introducing additional border and custom controls, and establishing more oversight over local arms production — not to mention developing stricter management and marking of military, police and private security arsenals. However, without stronger U.S. control over the flow of arms south of the border, it will be difficult for Latin American authorities to adequately confront the region’s gun menace. Given the ready supply of firearms and ammunition the U.S. continues to provide as part of major security packages to Mexico, Central and South America, you have a special obligation to ensure the responsible export of arms and ammunition to the region.

One way to accomplish this is by mandating greater accountability on the part of the brokers and end-users involved in the trade. This could be greatly aided if Congress, under your leadership, were to ratify the Arms Trade Treaty, which the U.S. signed in 2013, as well as expand support for end-use monitoring programs such as Blue Lantern and Golden Sentry, which have spurred thousands of checks into license requests and suspicious transfers. Ramping up bilateral support for military and police stockpile and inventory management and surplus destruction will help prevent lawful guns from being diverted into private — and eventually criminal — hands.

You should also support regional confidence-building mechanisms to monitor legal and illegal arms transfers, trafficking and leakage. This will require some coaxing of Latin American governments to overcome the many political and economic factors that frustrate regional cooperation. For example, Brazil, Colombia, Mexico and Venezuela are actively seeking to expand their market share in the defense sector — especially in rifles, handguns and ammunition. What is more, several Central American governments mistrust one another and the U.S. One way to surmount some of these challenges is to encourage more Latin American countries to report to the UN Conventional Arms Register, as well as the legally binding OAS Firearms Convention.

Finally, consider providing targeted support to countries that are reeling from the effects of armed violence, through support of regional, national and local government and civil society efforts to strengthen oversight over weapons stores and undertake targeted gun amnesty and destruction campaigns. Ultimately, special efforts will be required to reduce corruption and increase transparency in the security sector; improve legislation and controls over local retail and ownership of firearms; improve and digitize record-keeping; mark and trace arms; and ensure stringent oversight over exports and imports. These kinds of measures, if pursued with fidelity, would go a long way toward curbing the diversion of weapons and ammunition to those who should not have them.