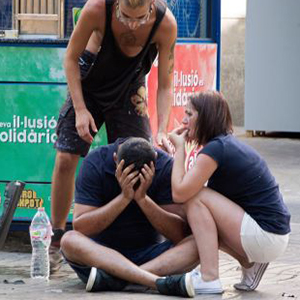 (CNN) The threat of terrorism has become a grim fact of life for parts of Europe.

Thursday’s attacks on downtown Barcelona and a nearby Mediterranean beach resort were latest fatal assaults in recent months against sites favored by international tourists: from an Istanbul night club on New Year’s Eve, to a packed London restaurant district or a Berlin Christmas market.
The van that plowed into Barcelona’s packed Las Ramblas avenue left victims from at least 34 nations among the 13 dead and 120 injured.
Behind the shock and outrage at such attacks, however, experts and statistics point to Europe still being a safe destination. 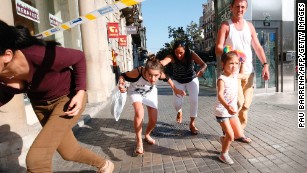 Spain attacks: What we know so far
“Our hearts go out to the victims, their friends and family, but … my message is that Europe is safe,” Gloria Guevara Manzo, president and CEO of the World Travel and Tourism Council, told CNN Travel.
“You have millions of people who have a great experience in this beautiful part of the world. They should continue with their plans and continue traveling to Europe.”
Guevara Manzo points to UN statistics that show international tourist arrivals in the 28 European Union nations rose to 500 million in 2016. That year, 142 people were killed in terrorist attacks, according to the European police agency Europol.

Despite the statistics, fear of being caught up in such atrocities is an increasing factor in travelers’ choice of vacation destination.
Internationally, terrorism risks influence the choice of 93% of people searching for a holiday destination, according to a survey published in March by Britain’s University of Bournemouth and the media company Travelzoo. It was based on interviews with travelers in nine major-tourism generating countries, including the United States, China and Germany.
Spain has been experiencing a tourism boom, thanks in part to visitors scared away from countries in North Africa and the Middle East with a perceived higher threat from terrorism.
This week’s attack was Spain’s first terror attack with large scale fatalities since the March 2004 bombings of commuter trains in Madrid that killed 191. 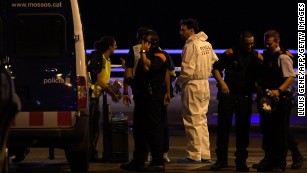 Spain attacks ‘could have been bigger’ after 14 die in 12 hours of horror
Shares in airlines, hotel groups and other travel companies fell Friday on news of the Barcelona killings, but the European travel sector has proven resilient over the past few years with tourist numbers increasing across the continent despite the spike in terrorist attacks since 2015.
Paris saw visitor numbers drop 8% over 2016, after suffering bombing and shooting attacks that left 147 dead the previous year. Yet figures for 2017 show a recovery — the number of visitors to the French capital was up 14% in the 12 months up to April according to the latest official figures from city hall.
Official advice from governments urges care when visiting Europe.

The US State Department issued a general alert for travelers in Europe back in May, after attacks in Sweden, Russia, France and Britain. It cautions Americans to “always be alert to the possibility that terrorist sympathizers or self-radicalized extremists may conduct attacks with little or no warning.”
Britain’s Foreign Office tells travelers that attempted terrorist attacks are “very likely” in a number of European countries, including Belgium, France and Germany, although the British government acknowledges that the threat of attack at home is “severe.”
By many counts however, Europe remains one of the world’s safest places.
Chances of tourists falling victim to disease, weather events, natural disasters, or violent crime are generally much lower than most other parts of the world.
Spain’s homicide rate is 0.66 per 100,000 people, Germany’s 0.85, France’s 1.58. In comparison, the United States comes in at 4.87, Brazil at 26.74 and South Africa at 34.26.

“You are only slightly more likely to be a victim of terrorism in Europe than you are to be the victim of a lightning strike,” says Robert Muggah, a specialist in security and development, at Brazil’s Igarapé Institute, a think tank.
“This is not to minimize the threat. It’s real and it’s present, but it’s still exceedingly low in Europe,” he said in a telephone interview. “You are much more likely to be a victim of a homicide or a car accident, or some other event.”
Many think of terrorism in Europe as a new phenomenon that swept in with the rise of Islamist groups such as al Qaeda and ISIS. In fact, the rate of fatal attacks was much higher in the 1970s and 1980s, when political extremists on the right and left, separatist forces such as the Irish Republican Army and ETA in the Basque Country, and Middle East-linked groups wrought havoc. 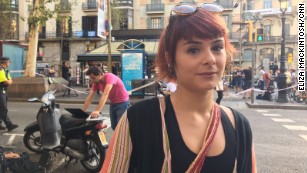 Las Ramblas: The attack locals feared was coming
Even with the surge in attacks over the past three years, the number of deaths are much lower than then.
Still, the manner in which jihadist terrorists have targeted citizens out to enjoy their time off — at a pop concert in Manchester, national day celebrations on the French Riviera waterfront in Nice, or strolling on a summer’s evening in Barcelona — has added to the fear factor.
Yet staying home, changing vacation plans or altering lifestyles may be playing into the terrorists’ hands, while doing little to raise levels of personal safety.
“The terrorists are out to go after anybody and anyone. The goal is to lay siege and to create a siege mentality in cities, to effectively shut cities down,” says Muggah.
“It is very important that we don’t react disproportionately to these events no matter how horrendous they are.” he adds. “We need to build the kind of resilience … we can’t be complacent, nor can we be paralyzed or debilitated by fear.”