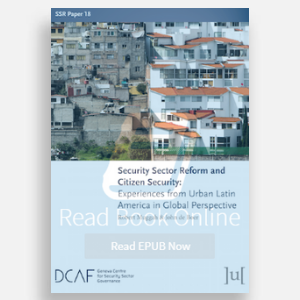 While widely considered a core pillar of the peace and security architecture, Security Sector Reform (SSR) is coming under fire. SSR theory and practice are criticized for being overly focused on traditional conflict and post-conflict settings and for being unable to adjust to unconventional settings marked by chronic crime and terrorism. SSR tends to be disproportionately focused on national institutions and less amenable to engaging at the subnational scale. Drawing on the experiences of so-called ‘citizen security’ measures in cities across Latin America and the Caribbean, this paper offers some opportunities for renewing and revitalizing SSR. The emphasis of citizen security interventions on multiple forms of insecurity, data-driven and evidence-informed prevention, the promotion of social cohesion and efficacy and designing crime prevention into the social and built environment are all insights that can positively reinforce comprehensive SSR measures in the 21st century.