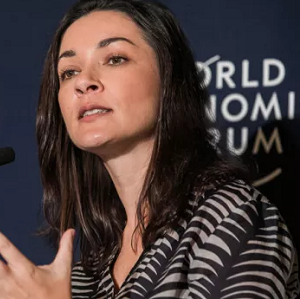 To date, this data hasn’t translated into policy focused on citizen security — a problem Brazil-based think tank Igarapé Institute hopes to address with a campaign launched on Friday at the World Economic Forum in Buenos Aires.

“Inquire with any population in Latin America about what their main concerns are, and security and violence will top the list,” Igarapé Institute’s co-founder and Executive Director Illona Szabó de Carvalho told Devex. “We talk a lot about external problems, external enemies, but we haven’t done our homework on actually implementing comprehensive policies that will make our people safer.”

The homicide reduction campaign, dubbed “Instinto de Vida,” or Instinct for Life, seeks to reduce homicide in Latin America by 50 percent in 10 years, initially focusing on the seven countries registering the largest number of violent deaths in the region: Brazil, Colombia, El Salvador, Guatemala, Honduras, Mexico and Venezuela. The movement currently counts 30 civil society organizations throughout the region as partners, as well as the Organization of American States, the Inter-American Development Bank and the Latin American Development Bank, with initial funding from Open Society Foundations.

First, Szabó de Carvalho said, they need to tackle the perception in the region that these homicide rates are normal, or that it’s up to police forces to tackle the problem independently.

Devex caught up with Szabó de Carvalho in Buenos Aires — following a panel on how to make Latin America safer — to find out why the institute is taking action in the form of a campaign and how it hopes to achieve the ambitious goal of reducing homicides by 7.5 percent a year. This interview has been edited for length and clarity.

There are some startling statistics that help contextualize the current state of insecurity in Latin America. Can you share?

We are the only region in the world where homicide is actually growing. When you don’t have a policy that targets that, and if life is so undervalued, everything else gets distorted, too.

The seven countries I mentioned — Brazil, Colombia, El Salvador, Guatemala, Honduras, Mexico and Venezuela — have 34 percent of all homicides in the world; 400 people die every day in this region; and 43 of the 50 most violent cities are in this region. It’s enough.

When you take a look at costs, the last conservative estimate on security costs was 3.5 percent of the GDP of the region, which amounts to around $170 billion dollars.

So why take action in this way — with a campaign?

What we are seeing is that there is a kind of resignation. The society thinks ‘this is the way it is.’ You also don’t have society putting pressure on the government, saying ‘we have to deal with this’ in an educated way. Instead we see people are moving away or investing in private security thinking they are better off. People are realizing there is a trade off between not having security as a public good and living behind gates, driving armored cars. You are losing your freedom. People are realizing something needs to be done, but don’t have the answers

So we are mobilizing 30 founding civil society members. Some of these organizations work in high-level advocacy to help governments implement the right policies. Others are helping mobilize at the grassroots level, trying to ‘denormalize’ the violence in communities.

It’s not that we are going to support policy that will diminish one type of violence on the one hand and increase other types on the other hand. We are in a region where police brutality and state violence is a big problem, and we want to encourage states to look at what types of interventions have sustained, positive effects.

What are some of those interventions with sustained, positive effects for improving citizen security?

What we see is that you need several sets of interventions. Some are based on law enforcement — like hot spot policing, or increasing police presence in identified violent areas. Or focused deterrence, where the police work with certain actors in the community to stop violence before it happens. There are also community-based interventions, like violence interruption.

It’s also a matter of government engagement. It’s very different, for example, from Brazil to Colombia because in Colombia the mayors have the duty already to be part of the security discussion. In Brazil, mayors exempt themselves because they understand security as police. We are saying it’s much more than police.

Have any INGOs working in the region expressed interest in getting involved with the campaign?

There is all this fear in general that development and security shouldn’t mingle. But we are now talking to World Vision, Human Rights Watch, Oxfam and several others because they understand that this is a very big problem for what they are trying to accomplish. We are not advocating for repression, you cannot fight violence with more violence. Instead we are saying ‘Let’s be responsible to monitor security and hold governments accountable for longer than the term of one leader.”