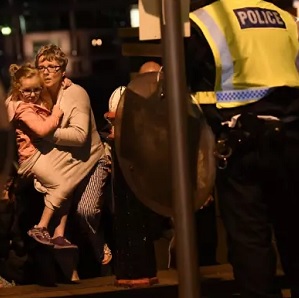 Overreaction to the terrorist threat is the perpetrators’ prize

Terrorism is frightening: indeed, its aim is to ignite fear. But surrendering to fear is to give terrorists what they want: the sundering of our open societies and the division of the world into believers and “crusader” enemies. We have no reason to give them this victory and must not do so.

After the attack on June 3 on London Bridge and in Borough Market, Sadiq Khan, London’s mayor, said that “we will never be cowed by terrorism”. I hope he is right. He added, for those in London, that “you will see an increased police presence today, including armed officers and uniformed officers. There is no reason to be alarmed by this.”

The tweeter-in-chief replied: “At least 7 dead and 48 wounded in terror attack and Mayor of London says there is ‘no reason to be alarmed!’” Mr Trump’s misrepresentation is to be expected. So, alas, is his fomenting of panic. Yet, if Mr Khan had indeed said people should not be unduly alarmed, he would have been right. Such alarm is what terrorists want.

Mr Trump added, gratuitously: “Do you notice we are not having a gun debate right now? That’s because they used knives and a truck!” We are not having a gun debate in the UK because guns have, happily, been so effectively removed. What, one has to ask, might three men holding machine guns have done on that dreadful night? The president also used the London attack to justify his ban on travel from several Muslim-majority countries. Yet that ban is misdirected and misguided. It is misdirected because it includes only Syria, Iran, Yemen, Sudan, Somalia and Libya and excludes countries in which Mr Trump does business. It is also misdirected, because it excludes Egypt, Lebanon, Saudi Arabia and the United Arab Emirates, whose citizens perpetrated the September 11 attacks. It is misguided because it plays directly into the jihadi theme of a war against Islam. The ban is a political ploy: it has nothing to do with keeping the public safer.

Every terrorist attack is indeed an outrage. I do not wish to downplay this natural reaction. But it is also a political act. The aim is to sow panic and so induce a vicious spiral of action and overreaction. The goal is to destroy the possibility for Muslims and non-Muslims to live harmoniously side by side both within western democracies and in the world as a whole. This is a victory we must not give the perpetrators.

Our response must be proportionate and principled: we must not abandon fundamental tenets of the rule of law; and we must also draw a clear line between perpetrators and enablers, on the one hand, and everybody else, on the other.

It is of course possible to imagine actions so catastrophic that such relative calm could no longer be maintained. Nuclear or large-scale biological terrorism would, I expect, change everything. But that is not what we are confronting. On the contrary, the low-tech nature of many recent attacks — home-made bombs, lorries, cars and knives — suggests that a combination of controls on guns with effective action by, and co-operation among, security services has, so far, been quite effective. I cannot be the only one who has been surprised by the fact that an attack like 9/11 has not been repeated, so far.

Our values are right; theirs are wrong. Yet we cannot win a war of values if we abandon ourselves to the fear terrorists wish to sow. All lives are precious. We are right to lament their untimely loss. But we would be quite wrong to yield to those who would foment hysteria.

Today’s terrorism is a very small threat indeed to western nations. We face far bigger ones. The right response is, in the words of a poster devised shortly before the second world war, to “keep calm and carry on”. That shall be our victory.