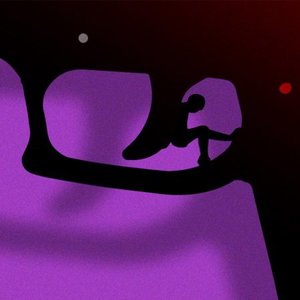 American cities are getting dangerous again. After a two-decade decline in murder rates, many large cities saw a sharp increase in murder in 2015, along with other crimes such as rape, robbery, assault and non-fatal shootings. Not surprisingly, popular concern with crime is at a 15-year high; a March 2016 Gallup poll suggests that 53% of Americans say they personally worry about crime and violence “a great deal.”

Some cities are suffering more than others. Baltimore, Dallas, Los Angeles, Memphis, San Antonio and 15 other cities are faring especially badly. Chicago topped the list in 2015 with 470 homicides and at least 2,900 shootings last year. And the situation has already worsened in 2016, with 432 homicides by August, a 72 percent increase on the same period in 2015. On one weekend in May, there were more than 50 separate shooting incidents in Chicago. Most of the dead are young black teenage boys.

Criminologists have yet to determine if the national spike in homicide is a short-term phenomenon or the start of a new trend in lethal violence. But Chicago has has long struggled with above-average rates of murder when compared to other large US cities. Researchers have advanced a host of theories to explain what is going on, including concentrated poverty, the influence of gangs and the availability of firearms. One way to think about the problem is by focusing on the where, the who and the how: Where murders are concentrated, who is most likely to kill or be killed, and what kinds of weapons are doing the killing.

Where: Chicago’s homicides tend to cluster in chronically poor and racially segregated neighborhoods, especially on the south and west sides. These areas suffer from hyper-concentrated disadvantage and multiple forms of adversity, ranging from unemployment and poor housing to intermittent (or nonexistent) access to basic services. In big cities such as Chicago, roughly 80 percent of homicides occur in less than 20 percent of street locations, especially in these hotspots. They also tend to occur late at night and on weekends — over just a few hours in the 168-hour week.

Who: Lethal violence in Chicago is frequently perpetrated and experienced by localized and fractured African American gangs. There are worrying signs that Chicago’s gang members are more inclined to resolve disputes violently than before. Fights arise over control of turf and profits, but also slights and insults. Some of these tensions are going virtual, amplified on social media.

How: Chicago’s gangs are quick to resort to firearms to settle grievances. This is partly because handguns are easily trafficked from neighboring states, especially Indiana. And Chicago has comparatively lenient legislation on illegal handgun possession: offenders receive a one-year minimum sentence, compared to three and a half years in New York. Despite fielding the second largest force in North America, Chicago’s police department is overstretched and half-heartedly enforcing gun legislation.

But these structural factors have been around Chicago for decades. What accounts for the new, sharp spike in murders? It’s possible that declining police legitimacy is partly to blame; police across the US are facing a credibility deficit.Only 52% of Americans have confidence in the police, a 22 year low. And in Chicago, a task force recently identified systemic racism in the city’s police department.

Another possible explanation links rising gun violence to new dynamics in the drug trade, especially the availability of cheap heroin and opiates. Comparing the presence of drug cartel activity across 25 US cities between 2014 and 2016, researchers detected a tight correlation between heroin trafficking and changes in murder rates. The more drug trafficking groups, the sharper the rise in homicidal violence. A similar pattern was detected in 2013, and even as far back as the 1990s when the drug of choice was crack.

But I think there’s another factor as well: Chicago, along with a handful of other major American cities, are seeing their violence-prevention programs get shut down. For example, after 14 years, Chicago’s well-known CeaseFire program was suspended in March 2015. That same month, Chicago’s murder rate starting rising.

CeaseFire is part of a nationwide network of local groups called Cure Violence. I first met the founder of Cure Violence, Gary Slutkin (TED Talk: Let’s treat violence like a contagious disease), in 2006, and was fascinated by the way he looked at violence as a public health issue. He treated violence as a contagious disease that could be diagnosed and prevented. In his work, he showed how street violence — a pathogen — was transmitted under specific social and environmental conditions and by particular high-risk people and behaviors. He went about training “violence interrupters” to disrupt the spread of violence by diagnosing and mediating disputes before they turned bloody.

The success of programs such as CeaseFire is measured by what does not happen. Their goal is to keep public spaces safe and reduce and eventually avoid dangerous confrontations. Its focus is on under-serviced areas and the highest of the high-risk individuals. The average member is a 15- to 25-year-old unemployed African American or Latino male, depending on the neighborhood. These guys are linked up to work, rehab and other alternatives to street life, to change the community-level attitudes that normalize violence and instead support peace marches, community events and conflict negotiation workshops.

A close inspection of Chicago’s homicide rates over the past 15 years reveals a startling finding. Wherever a CeaseFire-supported intervention was applied, murders decreased, sometimes dramatically so. After tripling the size of the program in 2004 (expanding from five to 15 neighborhoods), absolute levels of lethal violence plummeted by 50 percent in so-called ceasefire zones and 25 percent citywide. Three independent evaluations confirm that lethal violence was reduced in 12 hot-spot communities, and shootings dropped by up to 73 percent depending on the year. Similar results were reported in Baltimore and New York, other cities where Cure Violence groups are active.

But programs like Cure Violence exist at the whims of elected officials. They are perilously vulnerable to being shut down or diminished via funding cuts. And every time Chicago’s CeaseFire program had its funding cut, lethal violence started rising. In 2007, the organization temporarily closed its doors in 15 hot-spot sites, leaving 400 high-risk members out in the cold. That same month, shootings increased for the first time after a long-term decline. Within 12 months, 351 of the 416 shootings in Chicago that year occurred in areas whereCeaseFire had ceased operations. When funds were restored, the shootings and killings reversed direction.

While it’s not the only factor responsible for improving public safety in Chicago, CeaseFire likely made a difference. The message is clear. Rather than reducing programs like CeaseFire and Cure Violence, Chicago needs to dramatically scale them up — and urgently.