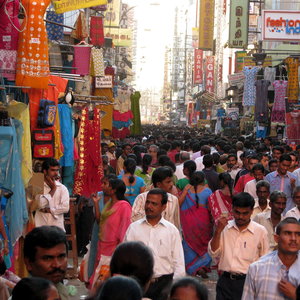 Murders, and Not Terrorism, Make India a Really Dangerous Country

Rio de Janeiro: In 2012, some 252 civilians died in terrorist and insurgency-related violence in India. The same year, 43,355 people were murdered by criminals or ordinary people known to their victims. The number of people murdered was 170 times more than the figure of terror victims. The year was not an exception. This has been a pattern since 2000. The figure puts India at the second place in the list of countries with most intentional murders – homicides. With 58,000 murders in 2012, Brazil tops the chart.

Though terrorism dominates all media coverage and public debates on violence in India, the chances of a citizen being a victim of homicide are much higher, according to a “murder map” prepared by Igarapé, a Brazilian think-tank which tracks homicides across the globe. In the interactive map, which shows the countries where people are most likely to be murdered, India is in the dangerous zone. But the issue is hardly discussed in the media and by policymakers in India, according to Robert Muggah, the founder and research director of Igarapé. In an exclusive interview with The Wire at the think-tank’s headquarters here, Muggah said that in contrast to well-known gun violence in the Americas and Africa, the problem of homicides is absent from public security and development agendas in India. “It’s a common narrative that its terrorism or insurgency that is responsible for most violent deaths. It’s the same in the US, where mass shootings animate debates on the issue of guns despite the fact that homicides claim 20 times more victims. Often the public gaze is seized by — and the media contributes to the view — the sporadic, highly visible incidents of violence that are more dominant,” says Muggah.

While mass shootings and gang wars are virtually unknown in India, it belongs to a small group of countries that carry the burden of a vast number of homicides around the world. Mexico, Brazil, Venezuela, Colombia, India, South Africa and Nigeria account for two-thirds of the global distribution of homicide. “The aggregate figure of 45,000 plus homicides is a big number. India’s homicide rate – 4.5 per 100,000 people – has been going down and levelling off, but it is still a bit alarming. It is still four times higher than the homicide rate in the UK, well above the average in OECD countries but below the global average of 6.3. But there is no public debate in India on lethal violence outside terrorism and other conflicts,” says Muggah, explaining the dynamics of murders in India through the Homicide Monitor launched by Igarapé.

The Homicide Monitor, compiled using the most recently available date from 2012, draws on information from the UN and statistics from respective governments, “and classifies the data on murders by country, year, age of victim, gender, and the type of weapon used. It includes data for more than 219 countries and territories from 2000 to 2012. “It is a three-dimensional, digital dashboard of global homicide rates. The idea is to provoke a debate on homicides. It is an important step in transparency. By putting the homicide figures – and their causes – in the public domain, we are trying to shine a light on them,” says Muggah, adding that the think-tank hopes policymakers and researchers can use the tool to tackle the startling figures by involving local communities in decision-making and by deploying large numbers of officers in areas with high murder rates. This technique, called “hot policing”, reduced the homicide rate in São Paulo from 42.2 per 100,000 people in 2000 to 13.9 per 100,000 in 2010. “What we want to do with this monitor is to create a hopeful story. We want to show that it’s possible to check the high rates of murders. We want to provoke a discussion online.”

In India, discussion on homicides is often sparked by sensational crimes like Aarushi-Hemraj and Sheena Bora murder cases. But the media coverage and debates remain limited to the whodunit aspect of the crime. How widespread is this routine, banal violence – as shown by high homicide figures – is rarely discussed. Based on their findings, Igarapé researchers believe that the problem in India is actually more serious than believed due to the scale of unregistered births and deaths, the poor quality of data collection and under-reporting of crimes by the police. “We have two data sources for India: one is the data from the national police records (NCRB), and the second is the one that the UN and OECD have adjusted to count what they think are the discrepancies in the data. In 2012, the UN-OECD count was 43,000, while the police count filed by the government on their site was 34,000, almost 10,000 homicides fewer. The UN has actually tried to adjust the rate by putting together a more accurate picture from different sources. That’s a big difference. If you go down to the local level, it will become even more pronounced,” says Muggah.

It’s not just the high murder numbers that are a matter of concern, the causes – as analysed by the monitor – behind the homicides are even more worrying. Tens of thousands of Indians are killed in everyday casual violence with intimate partners or between youths who are inimical to each other. This kind of violence doesn’t hit the national headlines, but it does a follow a pattern that makes India a dangerous country.

Though gun-related violence in India, according to the Homicide Monitor, is concentrated in Manipur, Nagaland, Bihar, Jharkhand, Jammu and Uttar Pradesh, which together account for over 60 percent of all registered homicides involving a firearm, India is following the old pattern of a spike in the murder rate with rapid economic growth accompanied by income and social inequality.

This kind of explosive situation exists all across India, but it’s more pronounced in smaller cities. According to the Homicide Monitor data, the most violent places in India are not mega-cities, but rather mid-sized cities of between one and three million people. Four of the top five most violent cities in terms of murder by firearms are located in Uttar Pradesh. “Big cities like Delhi and Mumbai are not necessarily the most dangerous places. The smaller, medium-sized cities in India face the biggest challenge. And the countryside too. Those cities are outside the public gaze,” says Muggah, adding that unregulated urbanisation could be the reason for growing violence. “Latin America transited from rural to urban society in the space of two generations; India is going to do it probably in less than one. So it’s the medium and small cities, which you have never heard of, that are going to have the maximum concentration of homicides. You better be alert to this.”

Another aspect of these cities – disproportionately large populations of unemployed and under-educated youth – is even more alarming. With more than 50% of its population under the age of 25 and 10 million people entering the job market every year, rapid urbanization coupled with lack of opportunities makes a dangerous cocktail. “When you have young males who are uneducated and unemployed, you tend to see high rate of violence. When a certain proportion of the population is under 30, you have high propensity to violence. So India is highly at risk. In India, we had a look at the demographic of young people in the most violent states like UP and Bihar, where young people gravitate towards cities for job opportunities. So the cities are aggregators of this kind of violence,” says Muggah.

Lack of education and jobs is further accentuated by inequality, as happened in Latin America. In India, according to Igarapé, income inequality doubled between 1990 and 2010, and this has led India’s richest 10% to currently own 370 times the share of wealth that the poorest 10% hold. “It’s not extreme poverty and not even poverty at large in material sense that fuels violence. The problem is inequality: vertical in terms of income inequality and horizontal in terms of access to benefits. Those two things are combustible,” says Muggah. “Brazil wasn’t always violent. Until the 1970s, there was not much violence.”

In the early 1970s, Brazil and several other South American nations joined the US-led “war on drugs”. That started a never-ending cycle of violence in the whole region. It’s a lesson for India, where drug use is on the rise. According to the most recent data from the Narcotics Control Bureau (NCB), the quantity of drugs seized in India has increased by more than 450% between 2011 and 2013, while the number of cases related specifically to cocaine seizures increased by more than 70% since 2009. According to several reports, drug cartels from Latin America are trying new ways to reach India. “There are interesting parallels with Latin America, which has the added challenge of drugs. But India is not immune to the drug issue. There is more and more heroin coming through India. There are more reports of drug consumption as more people move towards the middle class. India has the added problem of alcohol. Alcohol and drugs are what we call triggers. When you have the combustible mix of young people who are jobless and you throw in alcohol, it’s an explosive situation.”

Drugs, guns and inequality have caused havoc in Latin America. Brazil alone accounts for 1 in 10 homicides in the world. Just 4 countries in Latin America account for 1 in 4 homicides. Violence is not innate, or somehow naturally occurring, in Latin America. A combination of risks converged that are not unique to countries and cities in the region and in fact are present in parts of India. Muggah believes that India should learn from the Latin American experience to avoid going down the same path. “The first thing is to anticipate the emerging risks around urbanisation and youth and drugs and alcohol. India should generate capabilities to monitor and analyse these situations. Right now, there is no robust system at the local level. We have seen  a dramatic reduction in violence in Latin Amercia in those places where the mayors have worked with the private sector and civil society to introduce data driven interventions. Mayors in Brazil have done exceptionally good work and we have seen dramatic reduction in several cities by over 75 percent in 10 years,” says the Igarapé founder.

Globally, homicide rates have been declining. In India, the official homicide rate – as per NCRB data — was 4.5 in 2000; today it is 3.5. The UN figure for India is still 4.5; it is not rising but levelling off. But the absolute number of murders has almost stayed the same since 2000. India doesn’t fall into the category of hyper-violent societies, but the sheer high number of murders make it one of the most dangerous countries. Addressing structural risks like urbanization and job creation would definitely take time, but India can make a beginning by breaking its silence on the problems of everyday violence.