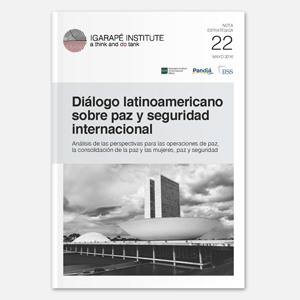 Reviewing the prospects for peace operations, peacebuilding and women, peace and security 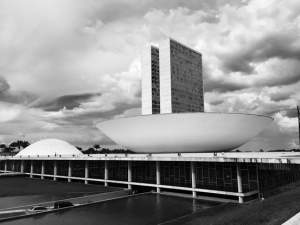 The UN is reforming itself to better confront new and emerging peace and security challenges in the twenty-first century. A series of reviews have been undertaken to help the UN system take the right decisions. As the 70th UN General Assembly (UNGA) prepares to deliberate on these reforms, Igarapé Institute assembled governments and civil society groups from across Latin America to identify priorities and capacities to deliver on the evolving international peace and security agenda.

A new report summarizes reflections emerging from a regional dialogue hosted by the Igarapé Institute in partnership with the Pandiá Calógeras Institute, the Norwegian Institute of International Affairs (NUPI) and the International Institute for Strategic Studies (IISS), at the Brazilian Ministry of Defense headquarters on 25 February 2016. A focus for the 30 participants representing government, think tanks and academia was examining Latin American perspectives on the UN peace operations review, the review of the UN peacebuilding architecture and the review of the implementation of UN Security Council Resolution 1325.

Representatives from Argentina, Brazil, Chile, Colombia, Guatemala, Mexico and Uruguay identified a series of priorities for the UNGA:

The report was reviewed by core partners and is provided to the UN General Assembly as an informal set of reflections. They do not represent the official positions of the governments attending the dialogue.