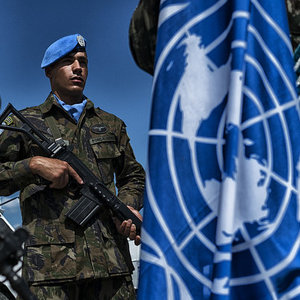 This paper analyzes the opportunities for greater participation of Brazilian police officers in United Nations peace operations, offering recommendations for facilitating such contributions and maximizing their impact with a view to Brazil’s international profile.

Following a presentation of the general evolution of peace operations with an emphasis on the rule of law component, the text introduces the tasks, doctrine and challenges of past police participation in these operations, using concrete examples, and discusses the national institutional arrangements that govern police components, including recruitment and training.

The text’s third section maps Brazilian internal processes, essentially in three phases: before, during and after deployment. The analysis begins with the selection process and training. Still before deployment, there is discussion of the provision of documents and health services to those deployed. Deployment itself is treated in some detail, with emphasis on officers’ communication with Brazil and on legal and financial questions.

The fourth and final section offers concrete policy recommendations for the continued utility of these contributions as an opportunity to strengthen Brazil’s profile in an important international activity. The policy inputs are divided between the international, (Brazilian) federal and state levels.