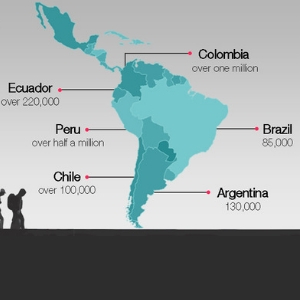 How Brazil Can Do Better for Venezuela’s Refugees

Long an advocate for refugee rights, Brazil’s response to the Venezuelan crisis has fallen short. Here’s how it could be improved. 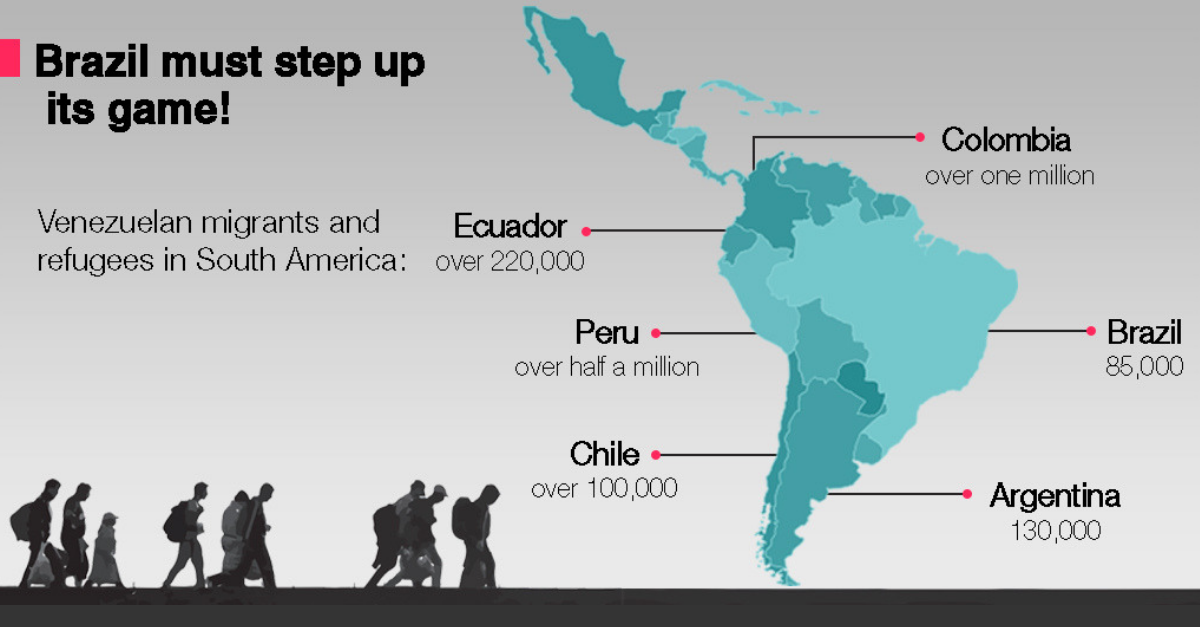 By Maiara Folly and Robert Muggah

It’s official. Venezuela is suffering the worst migration crisis in Latin American history. Faced with political repression, economic meltdown and chronic food and medicine shortages, more than 3 million Venezuelans have already fled. The United Nations estimates that this could reach 5.3 million by the end of 2019, about 16 percent of the country’s population.

Despite its proximity, Brazil is not the first destination for Venezuelans on the move. The regional superpower hosts just 85,000 Venezuelan migrants and refugees, far below the caseloads in Colombia, Peru, Ecuador, Argentina or Chile. Part of the reason Venezuelans are reluctant to cross into Brazil is because they are unlikely to receive a warm welcome.

Most newcomers are camped-out in the Brazilian border state of Roraima, including in 13 shelters with space for just 5,500 people. Many of them are living rough on the streets, exposed to malnutrition, disease, sex work and violence. Brazil’s federal government has resettled just 3,170 Venezuelans from remote border areas to cities and towns in 12 Brazilian states.

The incoming government of Jair Bolsonaro appears unlikely to pick up the pace. Back in 2015 Bolsonaro described incoming refugees as “scum of the earth.” Incoming Foreign Minister Ernesto Araújo is unsympathetic, announcing that he intends to pull the country out of recently agreed international compacts on migration and refugees.

But the truth is that Brazilian authorities were dragging their heels on regularizing migration and granting asylum and refugee status even before Bolsonaro’s election. This amounts to a surprising turn-around from Brazil’s historically progressive advocacy for refugee protection.

In 1997, Brazil became the first Latin America country to adopt a comprehensive and human rights-oriented refugee law, inspiring many of its neighbors to do the same. But just 18 Venezuelans have been granted asylum in Brazil since 2010. As of this month, at least 65,000 are still waiting for their asylum applications to be processed. Another 19,000 have requested temporary resident permits. At the current pace, it would take around two decades for existing asylum applications to be processed.

Despite their dim view of migrants, refugees and asylum seekers, Brazil’s incoming president and his foreign minister should fix the country’s migration system, if only out of self-interest. The Venezuelan crisis is certain to worsen in the coming years, and domestic complaints are bound to grow more shrill if nothing is done. Likewise, the costs of successfully absorbing refugees is considerably less than unproductive expenditures on beefing up border security along more than 1,500 miles of border with Venezuela. If managed correctly, the new arrivals could be an economic boon.

As it is, the glacial pace of Brazil’s refugee process puts the lives of new arrivals at risk. Brazil’s refugee legislation permits asylum claimants to access work permits while waiting for their status to be determined, but these permits can take months to be issued. Would-be employers often avoid hiring people with temporary immigration status out of fear they may be denied residency and assume illegal status. Predictably, most asylum seekers end up in the informal sector, increasing their vulnerability to all manner of abuses.

Brazil – and many other Latin American governments – can do better. In the absence of a political resolution to Venezuela’s crisis, there are least two ways Brazil could adopt more agile regularization procedures and speed up the legal recognition of new arrivals.

First, Brazilian authorities could upgrade the criteria for determining asylum. Specifically, in the case of mass movements, this would extend refugee protection from individuals to groups of refugees and asylum seekers. To facilitate prima facie recognition of refugee group status, Brazil would have to officially recognize the serious and systematic violation of human rights in Venezuela. A fast-track group recognition procedure would not only reduce the exposure of Venezuelan asylum seekers to exploitation, but also provide them the opportunity to benefit from programs that are restricted to recognized refugees, including those that provide fee exemptions for validating educational diplomas.

Second, Brazil and others should grant humanitarian visas to all vulnerable Venezuelan migrants, including refugees and asylum seekers. This requires agreeing on basic criteria, something that the outgoing administration has long delayed. There is precedent for such an approach, including the government’s response to Haitians displaced by the 2010 earthquake, which allowed at-risk Haitians to obtain humanitarian visas at the Brazilian Embassy in Port-au-Prince. Brazil’s newly introduced migration law allows for the provision of visas to people fleeing large-scale human rights abuses and humanitarian emergencies; its approval would be a step in the right direction.

The creation of multiple access points for migrants could also speed up the process. Some humanitarian visas could be issued in Venezuela itself to avoid long queues, which are the norm when migrants visit Brazil’s federal police to obtain official IDs. In addition to granting legal access to public services and work permits for refugees and asylum seekers, humanitarian visas could benefit migrants living in borders areas, many of whom are required to temporarily cross the border back into Venezuela to assist family members who remain. As it stands, many migrants resort to irregular and illegal border crossings to avoid losing their right to seek asylum.

The speed and scale of Venezuela’s population movements is unprecedented. By way of comparison, the number of Venezuelans fleeing the country over the past few years is greater than the number of Syrian and other Middle Eastern and North African asylum seekers who sought refuge in Europe during the peak of the Mediterranean crisis between 2014 and 2016. That surge in forced migration triggered a massive political backlash that reshaped politics in Europe.

Forged on the back of solidarity movements of exiles fleeing military dictatorships in Central and South America, Latin American and Caribbean countries have long been welcoming to refugees and asylum seekers. While there are signs of a pushback against Venezuelans from populists in the region, solidarity has so far continued to hold. More can be done to ensure it stays that way.