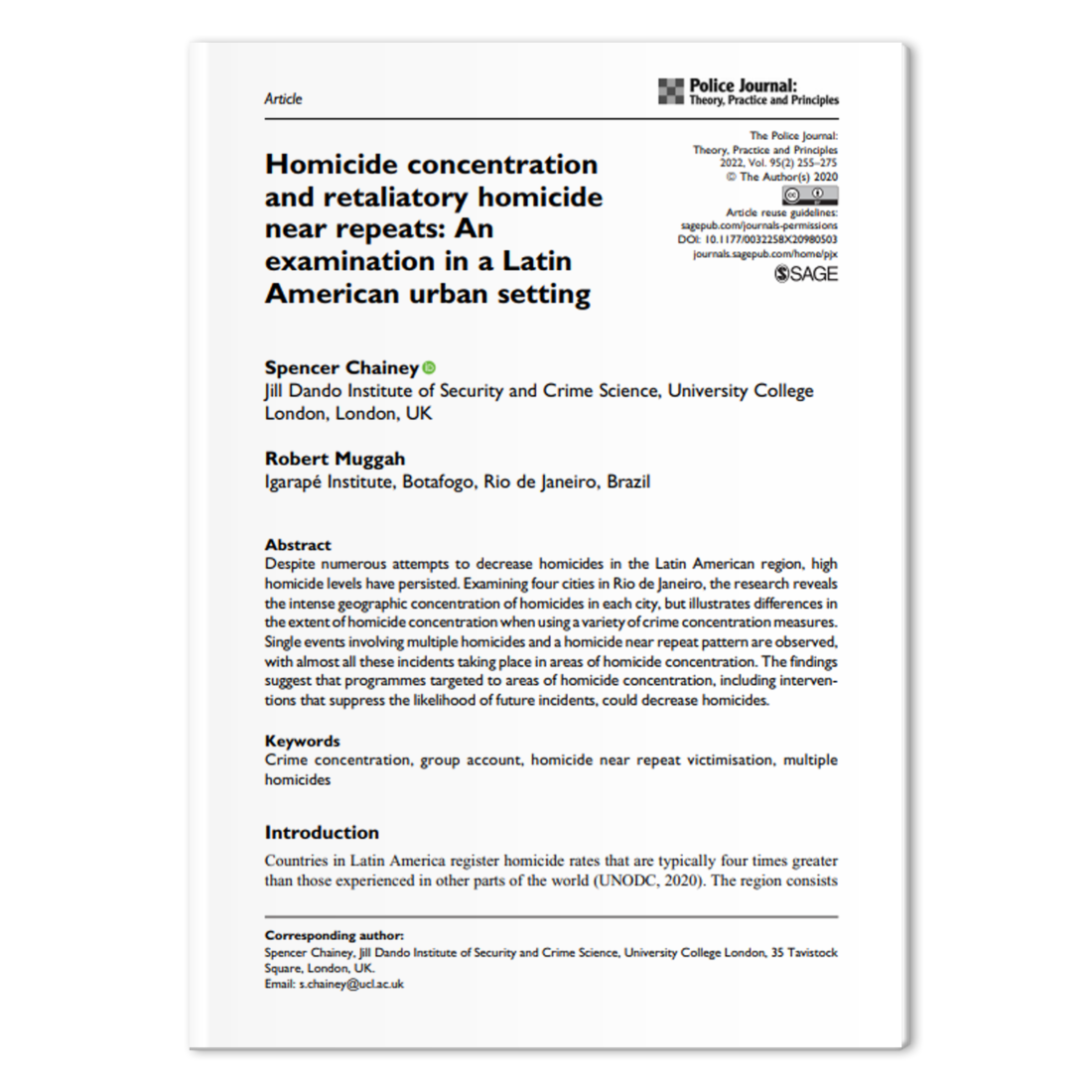 Homicide concentration and retaliatory homicide near repeats: An examination in a Latin American urban setting

Published in The Police Journal: Theory, Practice and Principles