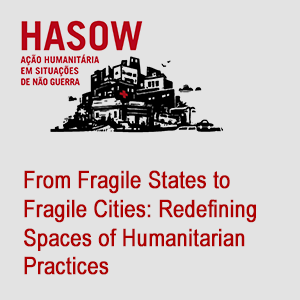 There are widespread claims that cities are becoming places of growing violence and that as a result, some cities, or zones within urban areas, can be treated as conflict zones. This article traces some of the discursive and conceptual shifts involved in the defining the city as a new frontier for international humanitarian action, especially in endemic violence that characterize ‘non-war situations’. A number of scholars, policy analysts and consultants are examining the ways rising numbers of violent deaths in cities are threatening political stability and development initiatives. Following on from other academic contributions, this article considers how cities are being represented as humanitarian spaces with related concepts of ‘failure’ and ‘fragility’. This re-scaling enables a de-coupling of the urban conflicts from the difficult terrain of statebuilding and allows the circumventing of legitimacy and sovereignty gaps that at the center of the current crisis of the humanitarian regime.