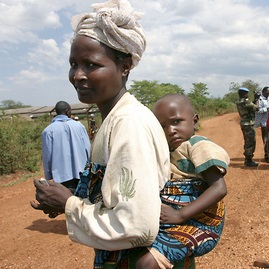 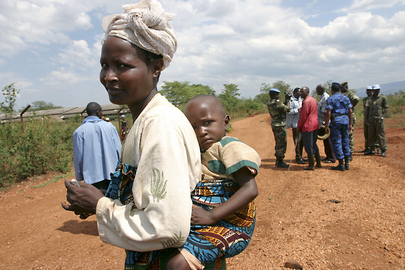 Since the announcement by  Burundian President, Pierre Nkurunziza, to run for a controversial third term in early 2015, political instability across the country – marked by a failed coup d’état, clashes between government and opposition forces, suppression of civil society, and targeted assassinations – has tested the limits of international conflict prevention responses.

What sets Burundi apart from other recent cases, however, is the fact that the seemingly intractable nature of its conflict has not featured the elements generally associated with contemporary cases of intractability. The presence of transnational criminal syndicates have not featured prominently, nor has the influence of radical or extremist non-state actors. And while allegations have been levelled by the government that point to the meddling of regional actors in fuelling the conflict, these have remained largely spurious.

Why then, more than two years after the onset of violence – which resulted in more than 400000 Burundians fleeing to neighbouring states with over 55000 internally displaced – and amid allegations that serious human rights violations have been committed in the country, has there been such ineffectual conflict prevention responses? Intractability, it would appear, in the case of Burundi, has found its greatest expression not in the nature of the conflict itself – with respect to the interests and material capabilities of the belligerents – but rather in the limits of normative and institutional global conflict prevention frameworks and mechanisms.

To be fair, international and regional peace and security stakeholders – from the United Nations (UN) to the African Union (AU), as well as various sub-regional actors including the East African Community (EAC) – have all generally articulated positions that highlight the fragility of the country’s peace and security environment. Working within the institutional bounds of its peace and security architecture, the AU, as well as the EAC, have attempted to find meaningful solutions to allay crisis in the country and circumvent a potential relapse into the scale of conflict that has historically plagued the country.

These efforts have, however, largely fallen flat in the face of an increasingly intransigent and uncooperative position that has been adopted by the Nkurunziza government.

To date, the government has rejected the recommendations of a 2014 joint EAC-Common Market for Eastern and Southern Africa (COMESA) Panel of the Wise, which sought to diffuse tensions leading up to the country’s 2015 elections. Nkurunziza further rejected exit plans that were initially offered by Ugandan President Yoweri Museveni through the early 2015 intervention of an EAC-led negotiation process.

The government has also side-lined various Summits of the EAC since 2015. It has further rejected any notion of consenting to the deployment of the AU’s African Prevention and Protection Mission in Burundi (MAPROBU) peacekeeping force which had been authorized by the Peace and Security Council in December 2015 (along with the full deployment of 100 human rights and military observers authorized earlier that year).

Additionally, the government, growing wary of international scrutiny, has consistently refused to cooperate with the UN’s Commission of Inquiry on human rights in Burundi– insofar that the Commission’s mandate, as of September 2017, has been extended by one year. Most recently, the International Criminal Court (ICC) has authorized an investigation into alleged crimes against humanity in the country (between April 2015 and October 2017) which came into effect just two days prior to the country’s formal withdrawal from the court.

Rejection, impunity and intransigence have therefore underscored the common approaches adopted by the Nkurunziza government since early 2015. Collectively, this has worked toward ensuring the continuing rule of the incumbent political elite through the suppression of opposition, beyond the scrutiny of external actors and processes geared toward conflict prevention.

Importantly, this has occurred against a backdrop in which the complexity often associated with modern cases of conflict intractability have been lacking. Coupled with the country’s limited geostrategic value (largely confined to the regional implications of refugee outflows and the hindering of regional infrastructural investment projects), it is apparent that the prevailing situation directly calls into question the commitment, capability and coordination of conflict prevention actors.

One such question refers to the readiness and fit-for-purpose capability of sub-regional organisations in leading conflict prevention strategies. While the principle of subsidiarity is important, developments concerning Burundi clearly highlight certain critical shortcomings associated with divergent sub-regional political agendas and interests – and the impartiality that is needed to establish and sustain conflict prevention processes.

The EAC, for instance, which has historically not played any significant prior conflict prevention roles akin to other regional organisations, further calls into question the heterogeneous nature and capabilities of sub-regional organisations, as they are constituted within the AU’s peace and security architecture.

Further questions concerning the institutional coherence of the AU system must be critically appraised, in light of the Nkurunziza government effectively calling the AU’s bluff on more than one occasion. Specifically, the role and authority of the AU’s Peace and Security Council must be re-examined vis-‘a-vis the role and authority of the Summit. This should be done to ensure that the long-term credibility of the AU on matters that call into question its commitment to the principle of non-indifference is not unduly eroded over time.

Gustavo de Carvalho, peacebuilding expert at the Institute for Security Studies, argues that ‘in light of the UN’s recent prioritisation of conflict prevention, the lack of any clear and concise guidelines, implementable strategies, and inter-organisational coordination mechanisms to serve this agenda, is becoming an increasingly significant concern’ – as evidenced in its overarching response to Burundi. Opportunities and entry points for greater coordination between the organs of the UN’s peacebuilding architecture with the AU, EAC and ICGLR ought to be more coherently pursued, toward arriving at more uniform and effective conflict prevention strategies – over longer-term frameworks.

The ongoing experience of Burundi highlights the central question of whether conflict prevention can be implemented in practice, beyond the overwhelming reliance on rhetoric by global policymakers in giving meaning to the term. Without the necessary innovation and coordination to affect this change, the international community may very well have found the limits of its conflict prevention agenda.