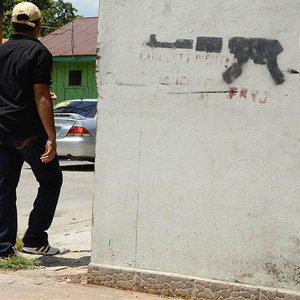 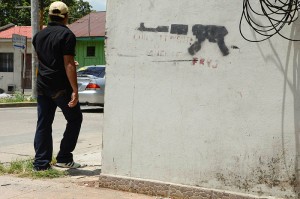 Canada has a well-earned reputation for taking in immigrants from around the world. Among them are refugees and migrants, including people fl eeing organized political and criminal violence. While there is much to laud in Canada’s approach, there is a darker side to the story. Most new arrivals settle without incident and are productive contributors to Canadian society. A minority, though, are deported. Some are returned home for failing to comply with immigration rules or due to visa problems. A smaller proportion are forcibly returned for more severe offences, including drug-related and violent crime.

Central Americans are disproportionately affected by deportation from Canada, Mexico, and the United States. Most of the deportees are from so-called Northern Triangle countries including El Salvador, Guatemala, and Honduras. Some sought asylum in the 1980s and 1990s, while others are more recent arrivals. Roughly 128 Honduran nationals were deported from Canada each year between 1997 and 2014. This compares to 17,276 Hondurans deported from the U.S. and another 45,606 from Mexico in 2015 alone.

Canada is obligated to penalize anyone, including asylum claimants and economic migrants, breaking Canadian law. The real question, however, relates to the appropriate severity of the penalty relative to the infraction. Canada has a policy of suspending removals when they could place the lives of deportees in jeopardy. So just how serious does a crime need to be in order to trigger deportation? Under what conditions should a country be off limits for deportation on humanitarian grounds?

It turns out that a number of Central American migrants to Canada are routinely prosecuted for relatively minor offences and are circulated back into societies torn apart by organized crime. Some of them are forcibly recruited by gangs, targeted by paramilitary death squads, extorted, and even killed.

Complicating matters, reintegration services for deported Central Americans—including those violating visa conditions—are few and far between. A small collection of faith-based groups do their best to assist, but migrants are more likely to be recycled into poverty or, just as likely, a life of crime.

Put simply, deportation is bad for public safety, justice, and development in one of the western hemisphere’s most fragile countries. It is also stretching Honduras’s justice and penal system to the breaking point. There are just 24 prisons and three preventive detention centres in the country of nearly nine million people. They warehouse over 14,500 detainees, though the facilities were designed for just over 8,100. Known locally as “crime colleges,” Honduran prisons groom young men for a gangster lifestyle. Shielded from police, leaders of the gangs effectively run the jails and manage their crew on the outside.

Canada, the U.S., and Mexico’s policy of aggressively deporting Hondurans has the unintended effect of amplifying organized crime in Honduras. Gangs such as the MS-13 and M-18—originally founded by Guatemalan and Salvadoran deportees from Los Angeles in the 1980s—are among the beneficiaries.

These gangs, or maras, are quick to recruit and exploit Hondurans expelled from Canada and the U.S. And it is not just notorious maras that are grooming returned migrants: there are another 100 gangs in the country with anywhere between 6,000 and 36,000 members depending on who’s counting.

Deportation policies also risk strengthening international crime networks spanning the Americas. Honduras sits astride the highestvalue drug route in the world. Since 2009, drug trafficking organizations converged on the country—described by some U.S. agents as a “cocaine rush.” Today the country hosts major Mexican crime syndicates like the Sinaloa, Gulf, and Zeta cartels and their networks of so-called transportistas, or transporters.

Honduras’s violence problem is connected in large part to tensions between international and local crime factions. The U.S. describes Honduras as the most dangerous “non-war zone” in the world.

What kind of threat do Honduran deportees represent to Canada? The U.S. labelled some of the maras transnational criminal organizations in 2012, the first time it ever used this designation for a street gang. And while these groups often operate across borders, a new report we contributed to, published by Public Safety Canada, suggests that the threat to Canada is extremely low. There is no evident connection between Honduran deportees from Canada and gang or drug-trafficking activity in Canada. And while organized crime groups must be taken seriously, the threat is more from Mexican cartels.

Canada’s policy of deportation is hardly improving the facts on the ground. If anything, it is making things worse. Honduras already has one of the highest homicide rates in the world (after Syria and El Salvador) and cities
like San Pedro Sula compete with San Salvador for the title of the world’s most murderous city, with a homicide rate of 142 murders for every 100,000 inhabitants. By way of comparison, Canada’s homicide rate stands at around
1.4 per 100,000. Meanwhile, tens of thousands of Hondurans are fleeing the country, including unaccompanied minors.

Honduras, along with other Northern Triangle countries, risks turning into a narco-state. If Canada wishes to keep this from happening, it needs at a minimum to rethink its deportation policy. Canada should pursue a comprehensive approach to migration, one that is mindful of governance, security assistance, and development
priorities in Honduras. Canada should also examine the ways in which drug enforcement and criminal justice policies are sustaining a violent status quo. Sustained investment in improving the quality of law enforcement and judicial institutions in Honduras is essential to reverse skyrocketing impunity and insecurity.