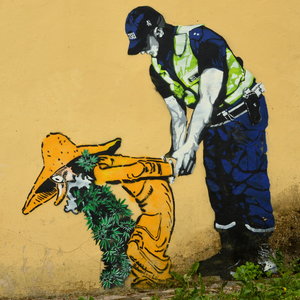 Many Latin American states are facing epidemic levels of organised and interpersonal violence. This violence is attributed to a number of risk factors, even if the illegal drugs trade and punitive responses to trafficking are widely credited with being the principal drivers. Yet while trafficking in narcotics is commonly associated with insecurity, weakening governance and underdevelopment, drugs as such are not the central problem. Rather, it is competition among criminal factions for control over the trade and a protracted “war” declared against drugs that have ratcheted up insecurity from Mexico to Brazil. The outcomes of this four-decade-long war are at best uneven, with gains in one country overshadowed by severe declines in others. More optimistically, a regional debate is under way that is challenging the status quo with a more concerted focus on prevention and demand reduction. Latin American societies are beginning to explore alternative approaches to drug control tailored to regional and national needs and priorities. There is a visible shift toward a discourse that emphasises prevention and treats consumption as a public health issue, focuses repression on the most violent criminal organisations and redirects law enforcement toward harm reduction. The hope is that this may presage a turn toward investment in policies that are animated more by evidence than ideology.