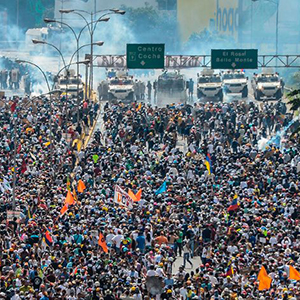 Brazil is failing to respond to one of the most serious forced migration crises in decades. The economic and political maelstrom in neighboring Venezuela has forced thousands of people to flee into Brazil in search of food, medicine and basic survival. According to Brazil’s border police, more than 77,000 Venezuelans poured into Brazil between 2015 and 2016. While most are eager to return to Venezuela, many are seeking asylum. There are already 8,231 Venezuelans who have officially claimed asylum in 2017 and another 5,000 others waiting for an appointment. Roughly 150 new claims are being received every single day.