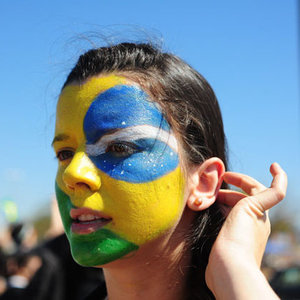 Brazil’s Democracy Is Dominated by Old Men. This Group Wants to Change That.

Brazil’s democracy is under assault. On November 16th, activists stormed the lower house of Congress in Brasília and openly called for the reinstatement of the military dictatorship that reigned from 1964 to 1985. On the very same day, public servants occupied the State Congress in Rio de Janeiro protesting newly introduced austerity measures by the governor. Both events were caught on live television and beamed to millions. Brazilians watched in shock and dismay.

Though astonishing, the incidents reflected the high level of scorn many Brazilians feel toward their country’s political and economic systems, which are reeling from the long-running Petrobras corruption scandal and the recent impeachment of President Dilma Rousseff. If misdirected, this anger could threaten the foundations of the country’s three-decade-old democracy. Already, calls for a return to military rule like the one in Brasília have become increasingly common as frustrated Brazilians endure the worst recession in recent memory. Facing this reality, a new political movement known as Agora! is emerging to counter the forces of division that might seek to take Brazil back in time.

Both history and the current global landscape provide a lesson for why an inclusive, unifying alternative is vital to Brazil’s future. Extremism thrives during periods of political and economic turbulence. As the rise of Germany’s Third Reich and Italy’s National Fascist Party in the 1930s reveals, populations facing an uncertain future are easily seduced by “strong men” promising ready solutions. From the U.S. and U.K. to Colombia and Venezuela, radicalization is eroding the space for meaningful and constructive debate. It is also resulting in widespread rejection of “politics as usual” and the changing of the political guard. Recent municipal elections in Brazil were no exception, with traditional politicians being ousted from power or pretending they were not traditional politicians to be elected. No country or city is immune.

Now more than ever, Brazilians need courageous and responsible leadership that connects people rather than divides them. When Brazil’s dictatorship crumbled in the mid-1980s, a handful of bold leaders consciously fostered the basis for a vibrant democracy. However, notwithstanding important advances in poverty reduction, civil liberties, an independent justice system and freedom of the press, the past decade witnessed a declining commitment to the public good and a retreat to private interests. That virtually all of the country’s 30-odd parties are caught up in a quagmire of scandal is evidence that the pursuit of personal gain was put before the public welfare. As is painfully clear today, the rot set in.

To reverse this trend, Brazil needs to re-imagine the public square. For years, the country’s elder statesmen have squeezed out alternative voices, especially the youth. Instead of cultivating and harnessing the aspirations of a new generation of able leaders, they retreated to the sclerotic partisan politics of old. Brazil’s politicians showed a failure of imagination. Not surprisingly, young leaders refrained from engaging in formal politics. And while some parties formed in order to inject new life into the political system, they have been unable to gain their footing at the polls.

Brazilians from all walks of life, from all corners of the country, must reclaim their democracy. The good news is that the country’s citizens are not starting from scratch. A group of new leaders are ready to act. Agora! is a diverse movement of young adults committed to open ideas and debate. We are a bridge between one of Brazil’s greatest generations who fought long and hard to restore democracy and a new digitally empowered one. Drawing on core principles of responsibility, transparency, participation, ethics and inclusion, Agora! is committed to upgrading the way Brazil’s politics are imagined and practiced.

At the heart of Agora! are three core ideas. The first is an appeal for a more accessible Brazil. The country badly needs a simpler tax system that reduces inequality, does not penalize the poor and takes advantage of the new economy together with a lighter bureaucracy that enables productive investment and employment generation. Second, Agora! will advocate for a more humane Brazil. Inequality reduction is only possible with concerted investment in high quality public education, healthcare and security while ensuring equality of access to rights, justice and opportunity. Third, Agora! strives for a sustainable Brazil. To survive this century, we need a development model that works for future generations while putting the health of the planet at the center of the agenda.

Agora! is not alone. It intends to catalyze debate while also building synergies between the many emerging actors who are driving change in Brazil. We are not a political party. But we intend to help overcome the polarization that is tearing the fabric of Brazilian society. The movement is a work in progress grounded in the country’s unique history and culture, in much the same way that democracy is forever an unfinished journey.

As recent events from the Americas to Europe show, it is surprisingly easy for societies to recede into pessimism, cynicism and despair. Faced with an uncertain future, Brazilians may likewise be tempted to retreat to authoritarianism. This would be a terrible mistake. Brazilians are nothing if not creative and inventive in the face of adversity. What is needed is a positive vision powered by Brazilian ingenuity. It is only this way that this most vibrant Brazilian democracy can be upgraded to meet 21st century challenges.