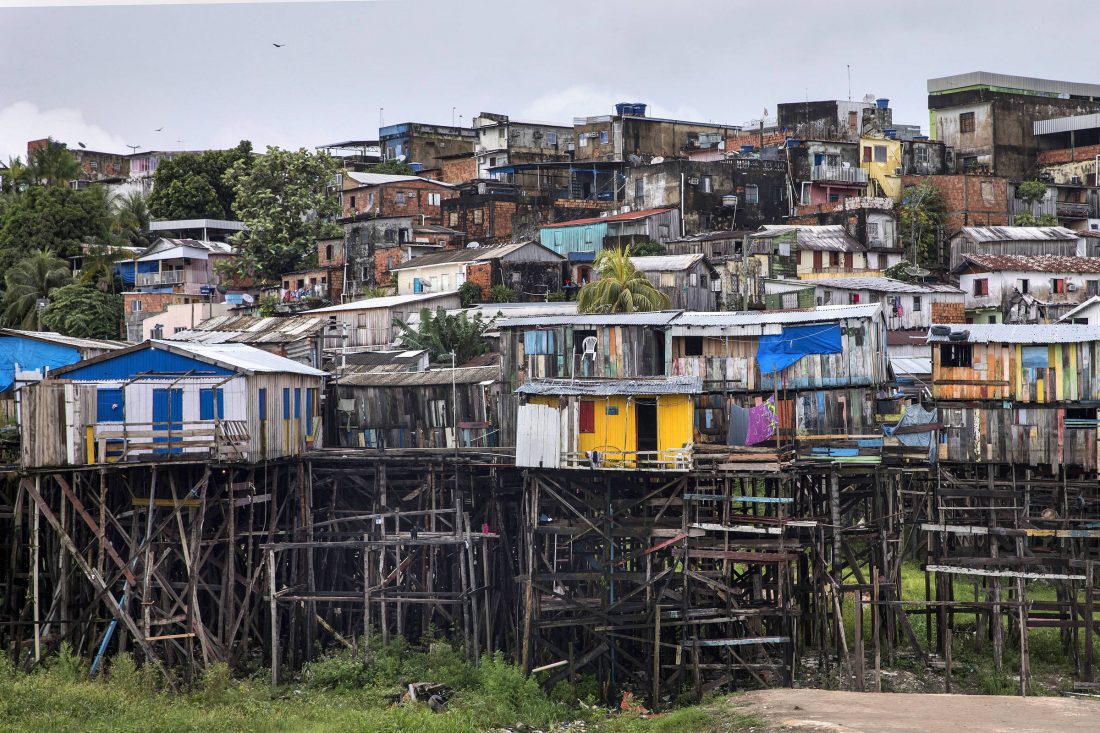 Bodó, the Amazon sailfin catfish, is known by local residents as a very resistant fish. Its body is covered with rough skin and it can breathe out of water and “live in the mud.” As it lives in flooded and muddy areas, the fish inspired the pejorative nickname given to the slum houses built on stilts: “bodozal”.

Thousands of people live for months in houses like these flooded by dirty water during the flood season, between April and June.

“We have to move on our knees or crawl inside the house for more than two months every year. And the water smells very bad! Animals crawl up between the wood boards and they get rotten; it is insufferable,” says sales assistant Lidiane da Silva, 38.

The Executive Secretary of Emergency Management, Cláudio Belém, says houses often have to be knocked down. “If one house falls, it creates a domino effect, destroying several other houses.”

Belém says that Manaus, the capital of the state of Amazonas, has 28,000 houses in risk areas. Along several decades, poor people have settled on the banks of the 148 small rivers that cross the city.

The Emergency Management department says that, during the flood season, the number of cases of hepatitis, leptospirosis, typhoid fever, chronic diarrhea, dengue and intestine parasites increase.

An exclusive study by Instituto Igarapé shows that at least 6.4 million Brazilians have lost their houses or been displaced due to natural disasters since 2000, which corresponds to one person every two minutes.

The state of Amazonas is the most affected, with 840,252 people displaced in the period, followed by Santa Catarina, with 805,726.

In Amazonas, 84% of those who lost their homes or were displaced were affected by floods. Manaus is considered the 6th Brazilian city with the highest number of displaced residents due to natural disasters: 59,756 – 81% of these due to floods.

Read the article in the original language