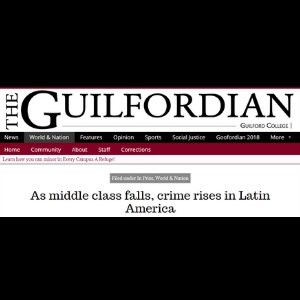 26 de October de 2018 In International, Citizen Security in Latin America on the news 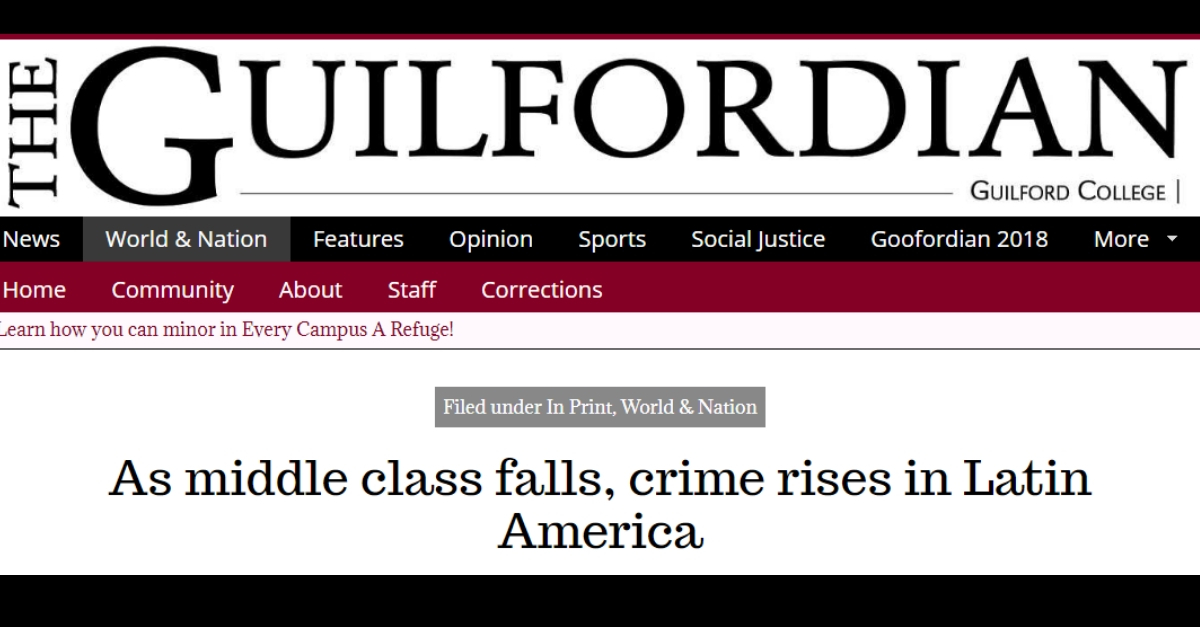 Published originally on The Guilfordian

According to the Pew Research Center, the crime rate has fallen in the United States over the past 25 years. However, while rates of violent crime have dropped in the United States, they have stayed high in Latin America. With just eight percent of the world’s population, Latin America accounts for 33 percent of the world’s murders according to the Igarapé Institute. This violence has caused much human suffering in Latin America, creating a desire to migrate out of the countries in search of a better life.

“The middle class is the key to evaluate which society will have violence or not,” said Professor of Political Science George Guo. “If you have a society with very little middle class, only rich people and poor people, you have trouble. Latin America, generally speaking, the middle class is 10 to 20 percent, so there are no people to mediate the conflicts between the rich and the poor.”

Because of the small middle class in Latin America, rates of violence stay high, which has also contributed large rates of migration from Latin America. The immigration from those countries has created a lot of political tensions in the United States as many people do not wish to welcome the migrants.