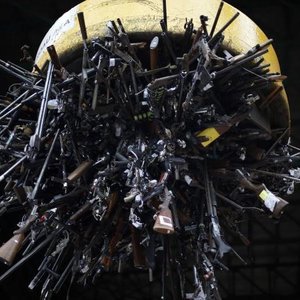 By Robert Muggah and Katherine Aguirre

Published in The Oxford Handbook of the Sociology of Latin America

Robert Muggah and Katherine Aguirre contributed with a chapter for The Oxford Handbook of the Sociology of Latin America. Follow the abstract below:

American countries and cities are among the world’s most prone to gun-related violence. In 2017, the regional homicide rate hovered at 17.2 per 100,000 people, as compared to a global average of closer to 6.1 per 100,000. Rates in Central and South America are over 24 per 100,000 population. Just four countries—Brazil, Colombia, Mexico, and Venezuela—accounted for a quarter of all global gun-related deaths. Firearms on their own are not the cause of homicide or violent crime, but their abundance dramatically increases the risk of a lethal outcome. The sheer diversity and scale of arms and ammunition moving into Latin America constitutes a serious policy challenge. This chapter focuses on the normative dimensions of arms control and emphasizes the salient policy angles, including the necessity of additional border and custom controls, oversight of local arms production, and better controls and management of military, police, and private security arsenals. To responsibly control the problem, Latin America needs better enforcement of existing laws.