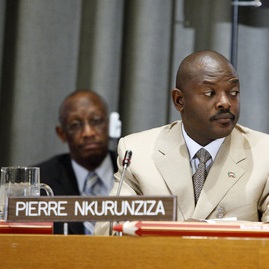 Addressing Conflict Prevention Pitfalls in Burundi: is the EAC fit-for-purpose? 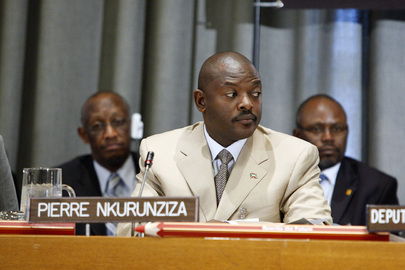 In early December 2017, a new round of talks, led by the East African Community (EAC), was initiated in Arusha, with the aim of reaching an agreement to end the Burundian crisis. Such round of talks are part of the EAC-led process to mediate and promote dialogue amongst Burundians and to resolve the crisis in the country that has lasted now for more than two years.

EAC’s attempt to mediate the conflict in Burundi is an important example on how conflict prevention initiatives have to be better designed, and for there to be greater political will, consensus and buy-in of the mediation process by the parties. Despite the current round of talks in Arusha, there are still signs of a highly fractured mediation process that is yet to achieve tangible results.

In the past two years, Nkurunziza’s government has showed an increasingly intransigent and uncooperative position towards resolving the crisis. Despite that, various international and continental conflict prevention efforts have been established. In particular, the East African Community (EAC)  – working at times in concert with Common Market for Eastern and Southern Africa (COMESA), the International Conference on the Great Lakes Region (ICGLR) and the African Union (AU) – has emerged as the primary de facto regional actor.

Given that the EAC has had relatively little historic mediation and conflict prevention experience, what is the underlying rationale behind this particular response?

Partially, answers can be found in the early initiative of regional leaders, and particularly the Ugandan President, Yoweri Musuveni, who may have acted out of interest of their own national security. One such concern would be the potential spill-over effects of the Burundian crisis, especially in relation to the historical influx of Burundian refugees in the neigbhoring countries. This in turn could have potentially destabilising regional implications.

Regardless, there has been a variety of initiatives from the EAC that attempted to establish a formal mediation process building on various previous conflict prevention efforts. For instance, in 2014, the EAC and COMESA jointly deployed a Panel of the Wise mission, which consulted with various stakeholders in Burundi over a period of three months. This was followed by the submission of a legal opinion by the EAC Attorneys General to the EAC Summit in 2015 which found Nkurunziza’s bid for a third term unconstitutional. More recently, Nkurunziza rejected Museveni’s 10-point exit plan, leading to Museveni to withdrawl from the process and delegating future responsibilities to Benjamin Mkapa, Tanzania’s former president.

Another key development which has soured regional relations – and Burundi’s subsequent scepticism of the EAC – was the fact that the 2015 coup which occurred shortly after the country’s elections, occurred during a Summit of the EAC in Dar es Salaam.The EAC, which was already divided on how to deal with Nkurunziza – indicated by various boycotts of the EAC Summit by Rwanda, Kenya and Uganda – was subsequently criticised for its lack of cohesion in responding to the 2015 coup. Also, despite the fact that leaders like Museveni and Mkapa attempted to engage throughout the crisis, these efforts were undermined by insufficient consensus and initiative from EAC member states to effectively implement some of its key decisions.

If the EAC is to continue engaging on mediation processes, it will be of critical importance that an internal reflection is pursued. This should critically identify how its own structures, approaches and internal mechanisms for reaching consensus can effectively assist countries in preventing conflict and sustaining peace. And more importantly, with so many challenges and contradictions, the key question to reflect on is whether the EAC is in fact fit-for-purpose to play such a central role in developing conflict prevention initiatives.