To end the global murder epidemic, give mayors more power 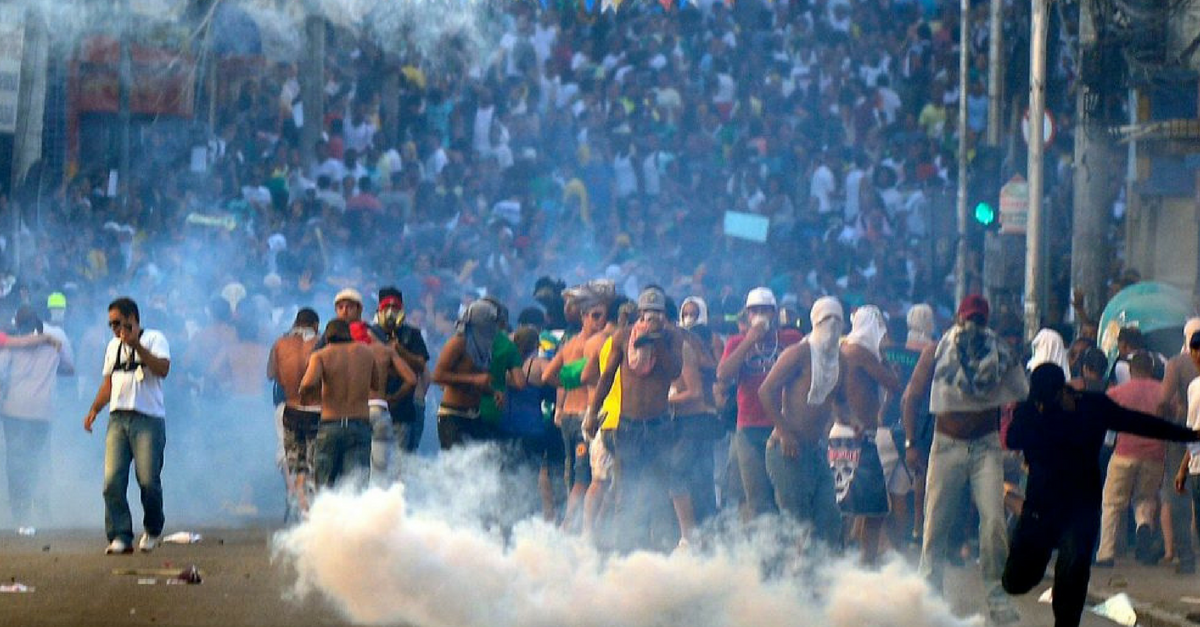 Latin America accounts for 8% of the world’s population, but 33% of its homicides. A history of military repression, drug wars and dictatorships have made the region the most violent on earth, but now, new methods of preventing violence are springing up there.

Robert Muggah, co-founder of the Igarapé Institute, the continent’s top citizen security think tank, spoke to Apolitical  about what the world can learn from the Latin American experience. Social cohesion, data-driven policy, and wresting power away from central government to empower cities are just the first steps in ending the world’s homicide problem.

What is citizen security?

The idea of citizen security in Latin America goes back to the 1990s. It was a reaction to dictatorships and authoritarian governments that had securitised and militarised the public safety sector over the course of numerous administrations.

The first signs of pushback in government came from the mayors in Colombia, specifically in Bogota, Cali and Medellin. Mayors in Latin America have traditionally had a lot of discretion and authority.

It took a combination of creativity, courage, and calculation. They started to look at security from the perspective of prevention, building social cohesion, and social efficacy [the ability of members of a group to curb the behaviour of the community] from below.

“Mimes were employed to wait at traffic lights in Bogota. If people went through on a red light, they would wag their fingers and issue fake fines”

They realised that you need actions on three levels to end violent crime: you need people to self-regulate, you need them to regulate each other, and you need formal regulations in the form of deterrents from above.

In terms of auto-regulation and mutual regulation, there were countless examples.

Mimes were employed to wait at traffic lights in Bogota. If people went through on a red light, they would wag their fingers and issue fake fines.

Graffiti was commissioned in cities to encourage people to respect each other and their environment.

Late night events were held in deserted public parks to help people feel that they were reclaiming the space.

And there were women’s nights, where women would march through the streets while men stayed at home and looked after the children.

Each action was intended to foster a sense of civic duty which protects against the spread of violence and crime. If your community starts to unite and find common cause, it’s one of the most powerful ways of resisting violence.

And how has citizen security developed over time?

The second generation of citizen security work has been much more data-driven. Data allows us to understand the patterns of crime and where it’s concentrated. It allows you to monitor crime in high resolution — to understand the spatial and temporal facets of crime so as to better anticipate and deploy not just the police, but also social welfare services to help high-risk groups.

The vast majority of crime happens in a very small geographical space, and it is concentrated at particular times. Data lets you focus resources much more efficiently.

Why has the language of citizen security taken root in Latin America in a way that it hasn’t elsewhere?

But there are important lessons for the rest of the world. Latin America is, in many ways, a harbinger of what’s to come in many other parts of the world, particularly in Africa and parts of Asia, in terms of the explosion of population and urbanisation. Latin America is already 60% urban, and will reach around 90% by 2050. That concentration of population with the accompanying risk of violent crime has to be dealt with carefully.

So what does the world have to learn from Latin America?

First is the idea of building cohesion and efficacy from below. Unless you have a minimum level of social efficacy, and shared understandings of what counts as sanctions for inappropriate behaviour, it’s very difficult to generate the kinds of positive outcomes in violence reduction that are desired.

The second element of that is the importance of environmental and urban design. Effective urban planning can design out crime and create the conditions for people to create communities that are resistant to crime and violence.

The third lesson would be the role of data-driven approaches to crime prevention, that use epidemiological models as a way of designing prevention and response. That’s crucial: having the data is only useful if it is used to change the way that police intervene in situations, and how other services are used to help people stay away from criminal activity.

“I don’t just think giving more autonomy to cities is a good idea, I think it’s necessary and inevitable”

And the final lesson is the role of mayors. Crime and violence are sensitive issues, which often means they get centralised and dealt with by government institutions behind closed doors. But in Latin America, mayors were quarterbacking a lot of these interventions, they brought together different stakeholders, and they incentivised behaviour at a local level. When you have mayors committing to long-term strategies over multiple terms, you see results.

Do we need to decentralise and grant more autonomy to cities?

Mayors have yet to capitalise on their political power. Nation-states tend to be centralised and focused on consolidating federal authority, so there’s going to have to a renegotiation around the level of power that sub-national authorities have to respond to specific challenges like crime.

Are policymakers thinking enough about violence?

There’s a huge information asymmetry when it comes to violence and crime.

The nation is often not particularly well-informed. Crime statistics are often reported in irresponsible ways; politicians use the theme as a foil for their campaigns. Nothing gets a headline like crime, but the actual phenomenon is very poorly understood.

Over 90% of homicides are distributed across less than 2% of street addresses. Less than 0.5% of the population are associated with delinquency. And half of all homicides involve alcohol, either in the perpetrator or the victim. The public doesn’t know that, so they can’t see how tackling those issues might reduce violent crime.

The costs of crime also aren’t fully apprehended: there are very few robust studies on the cost of crime, and the ones that are limiting themselves to police expenditure and incarceration — but the costs of crime are much broader. It costs us productivity, it increases insurance premiums, it affects house prices, it affects the functioning of the economy in so many ways.

Honesty and transparency can change policy. The easiest sell might be to boost police numbers and throw people in jail for low-level crimes and misdemeanours, but the return on investment in those cases are extremely low. Prevention pays much more significantly, but it pays over 15 to 20 years, not one to four.

A large part of crime prevention is making the public feel safe. The policymaker’s task is as much about making real reductions in crime as it is about making people feel that they’re safe. — Edward Siddons